England fans were involved in fighting with Marseille hooligans in the southern French city on Thursday night.

A group of around 30 to 40 Marseille hooligans confronted England fans who were drinking outside the Queen Victoria pub, and O’Malley’s Irish pub next door, in the Old Port district.

The groups were seen throwing chairs and exchanging punches before French police arrived.

One English fan was left with a head injury after being struck with a wooden chair.

Two fans were arrested, one of them an Englishman and the other a Frenchman.

England fans are in Marseille for their team’s opening Euro 2016 match against Russia on Saturday. 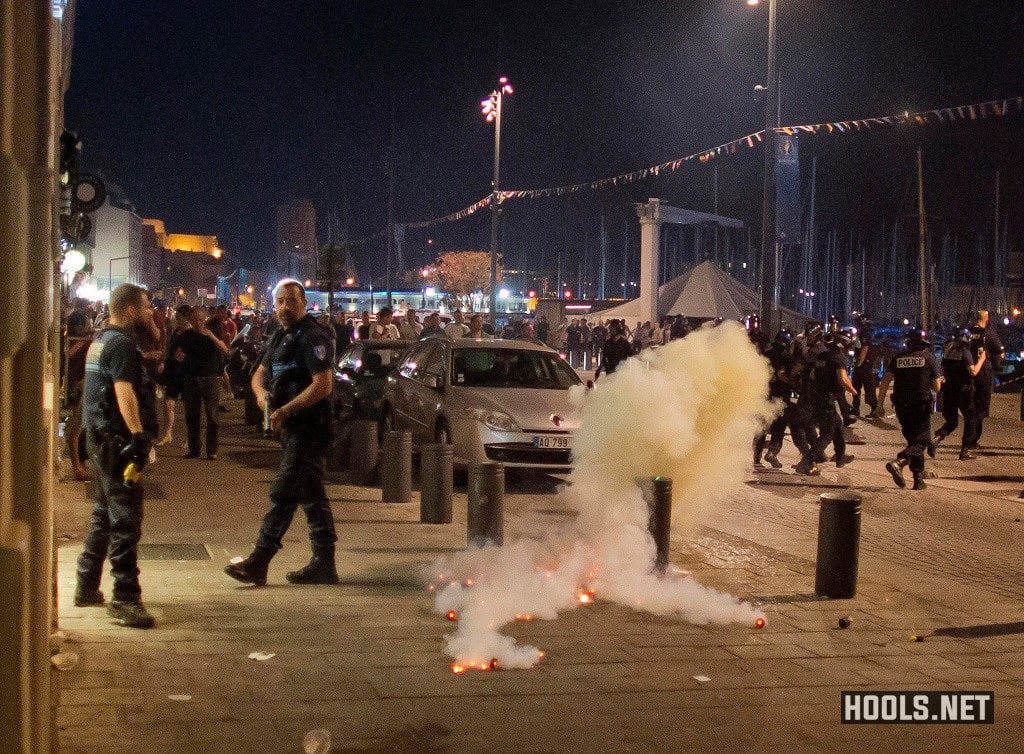 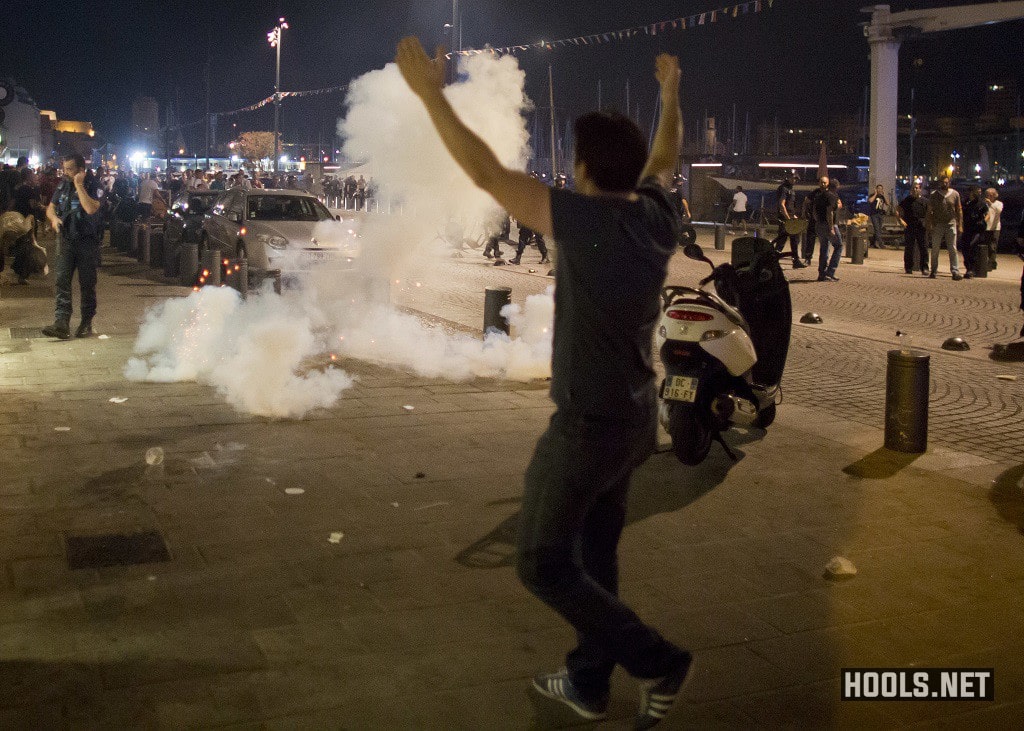 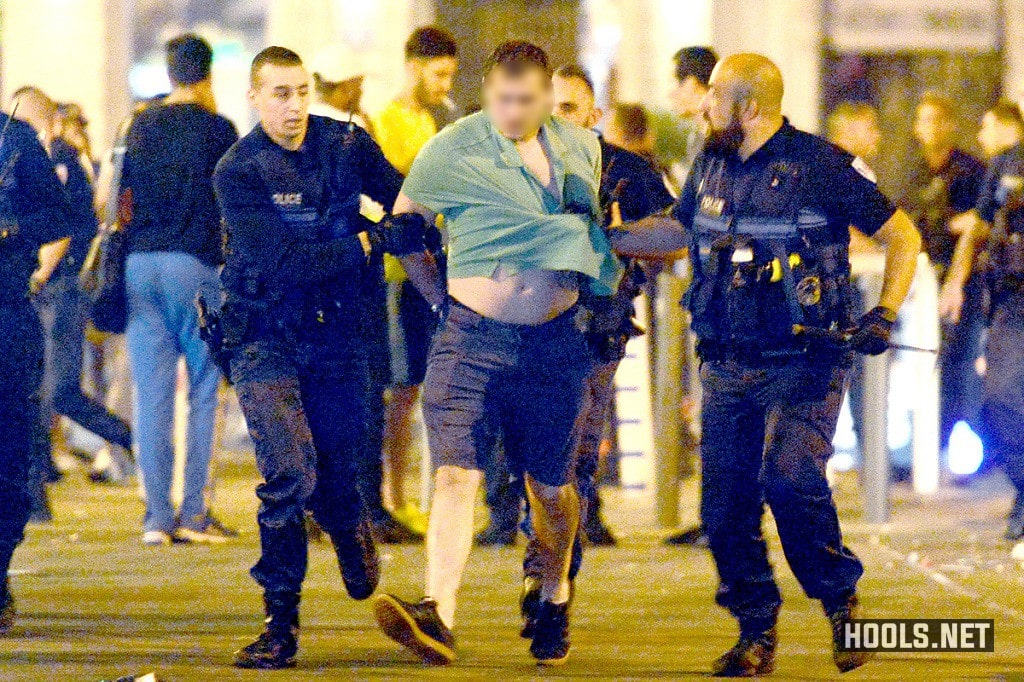 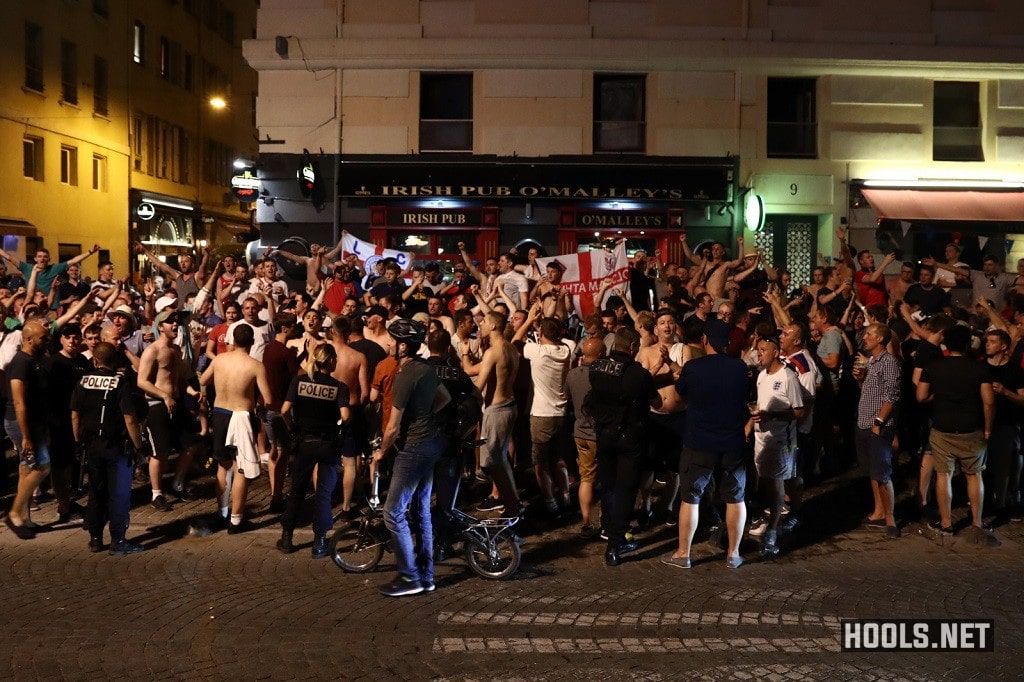 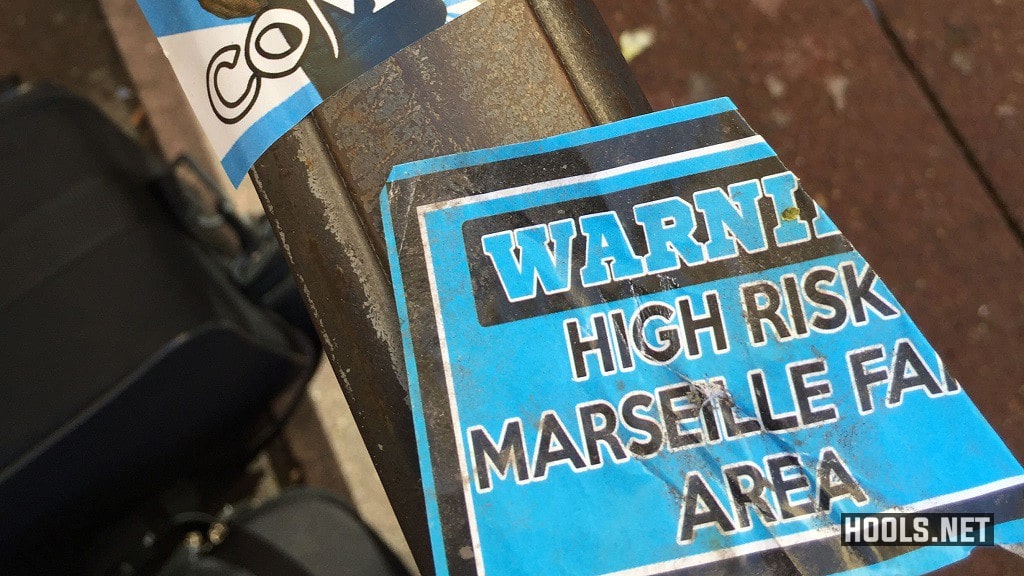