On this day in 2014, Serbia’s Euro 2016 qualifier against Albania was abandoned after a drone carrying an Albanian nationalist banner sparked chaos at the Partizan Stadium.

Play was stopped towards the end of the first half as flares were thrown onto the pitch. At the same time, a drone was seen flying over the stadium, trailing a banner marked with the Albanian black-eagle insignia, a map of a notional “Greater Albania” and the faces of Ismail Qemali and Isa Boletini, two important figures from Albania’s war of independence against the Ottoman Empire.

Serbia defender Stefan Mitrovic pulled down the banner, prompting an angry reaction from Albanian players and a melee ensued.

Riot police then moved in when a number of fans ran on to the pitch and attacked the Albanians, forcing them to retreat into the players’ tunnel as flares and other missiles were thrown from the stands.

After a delay of about 30 minutes, English referee Martin Atkinson abandoned the game, with the score at 0-0.

It was Albania’s first match in Belgrade since 1967.

The match was politically sensitive due to a history of turbulent relations between the two countries, predominantly in relation to the former Serbian province of Kosovo, which declared its independence in 2008 and has a majority ethnic Albanian population. 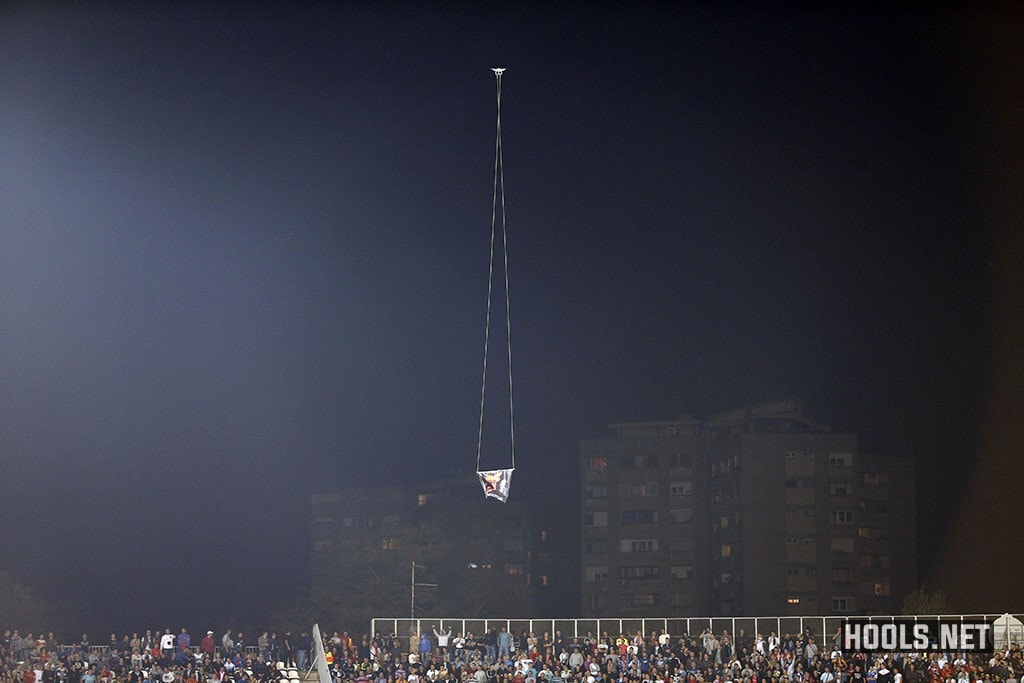 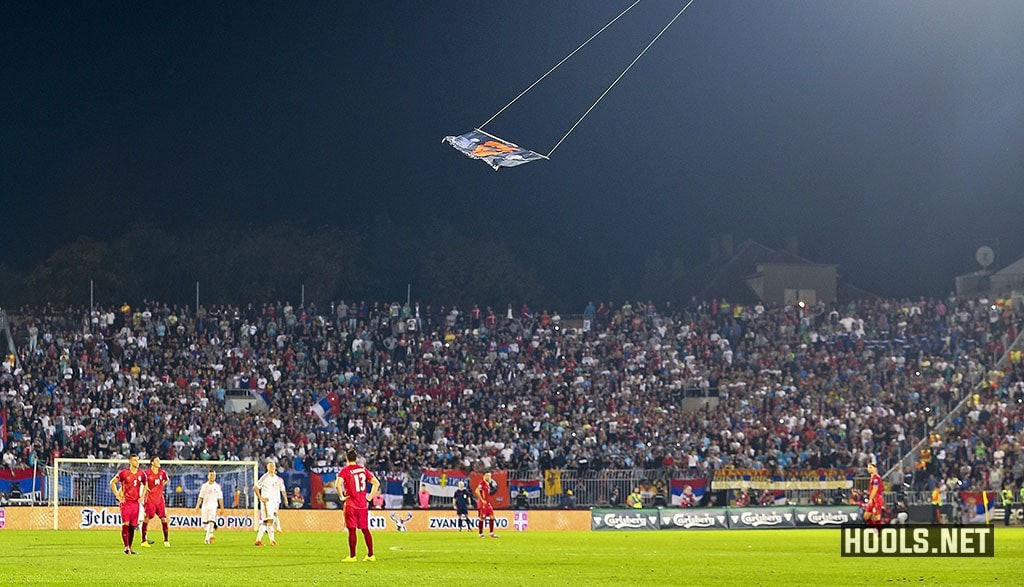 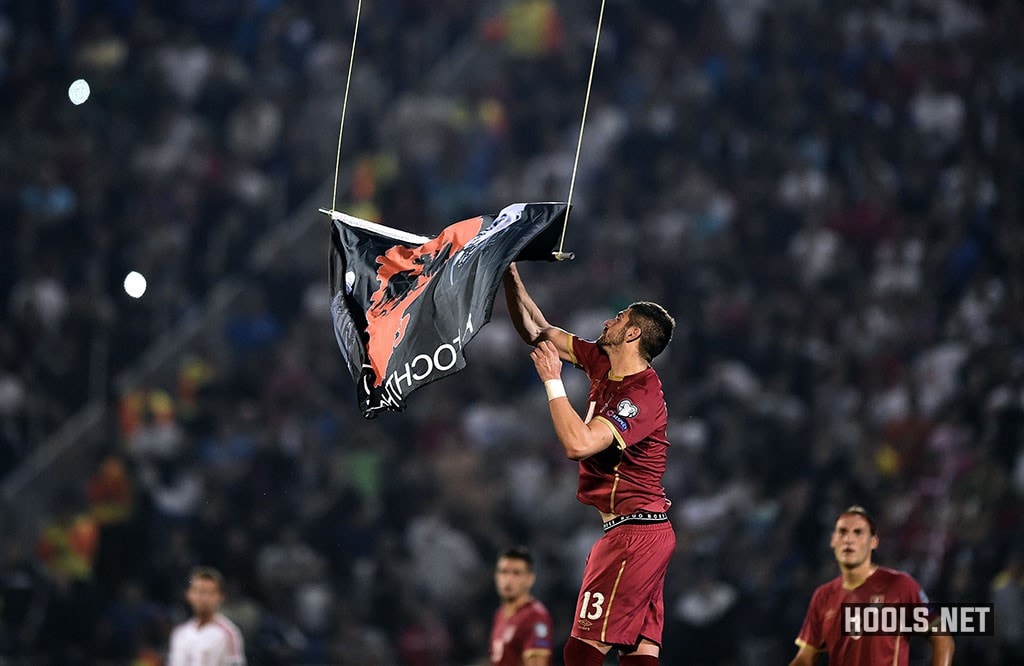 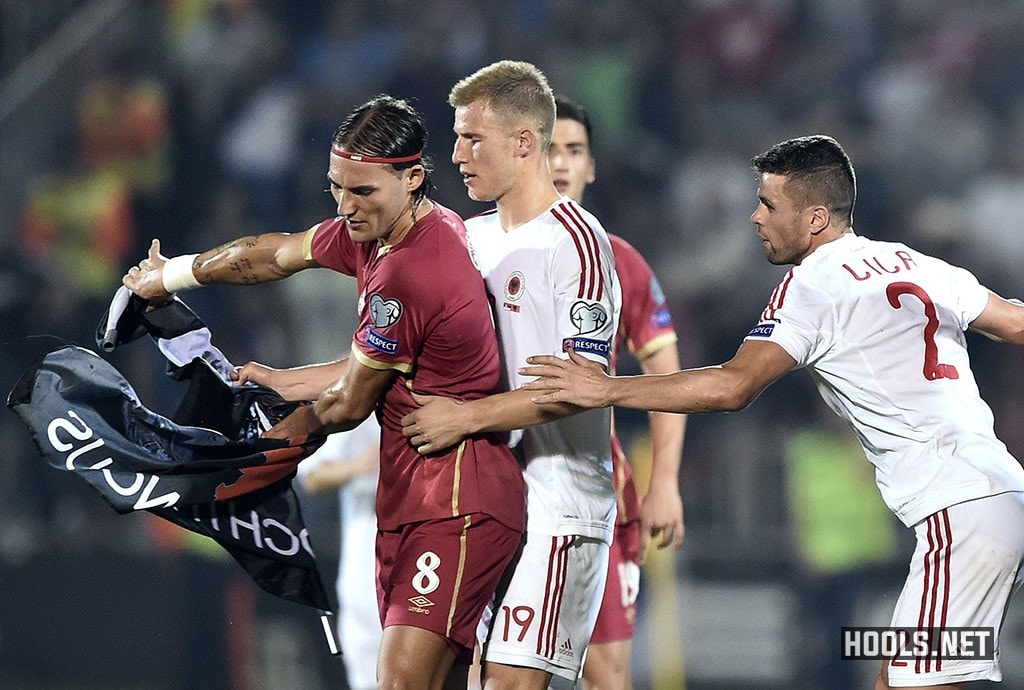 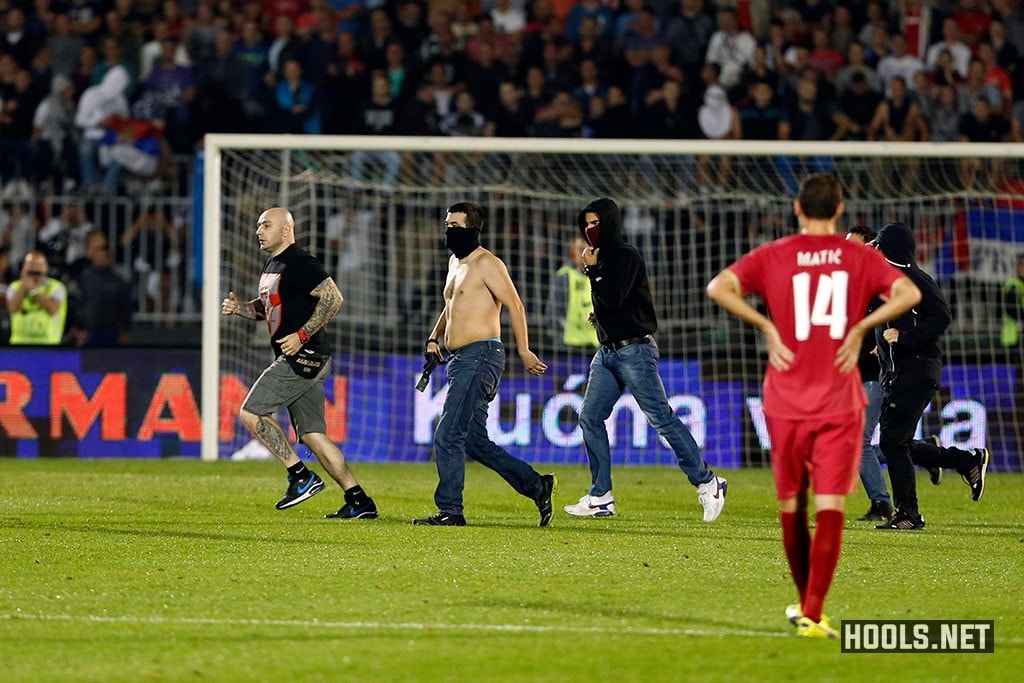 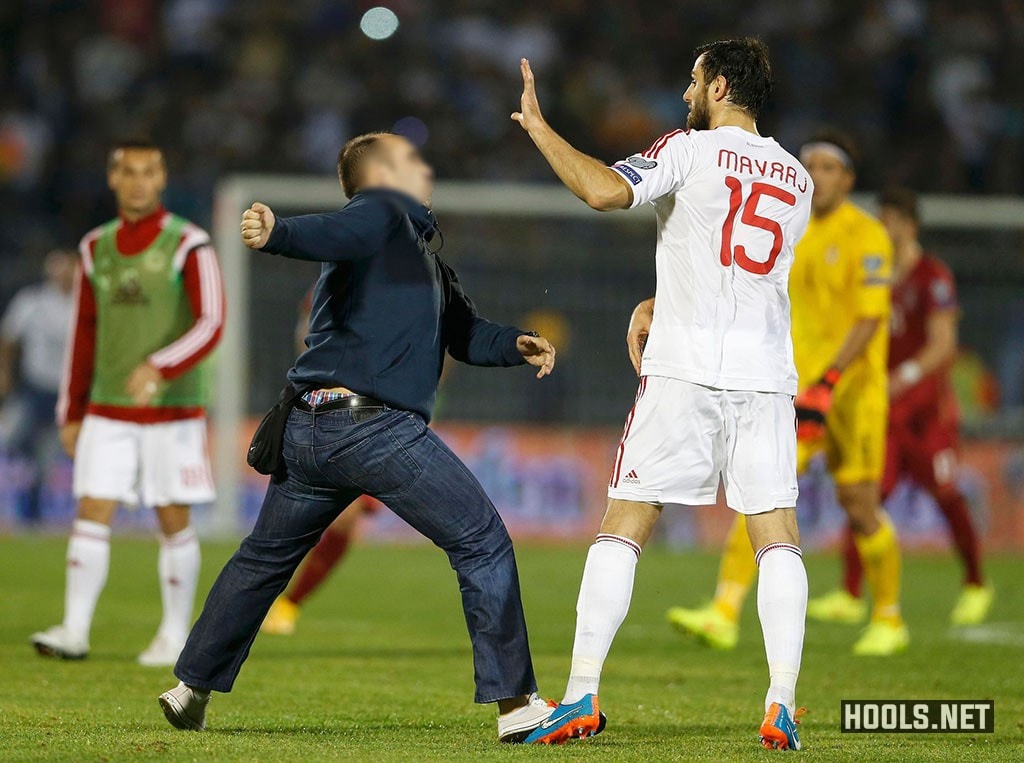 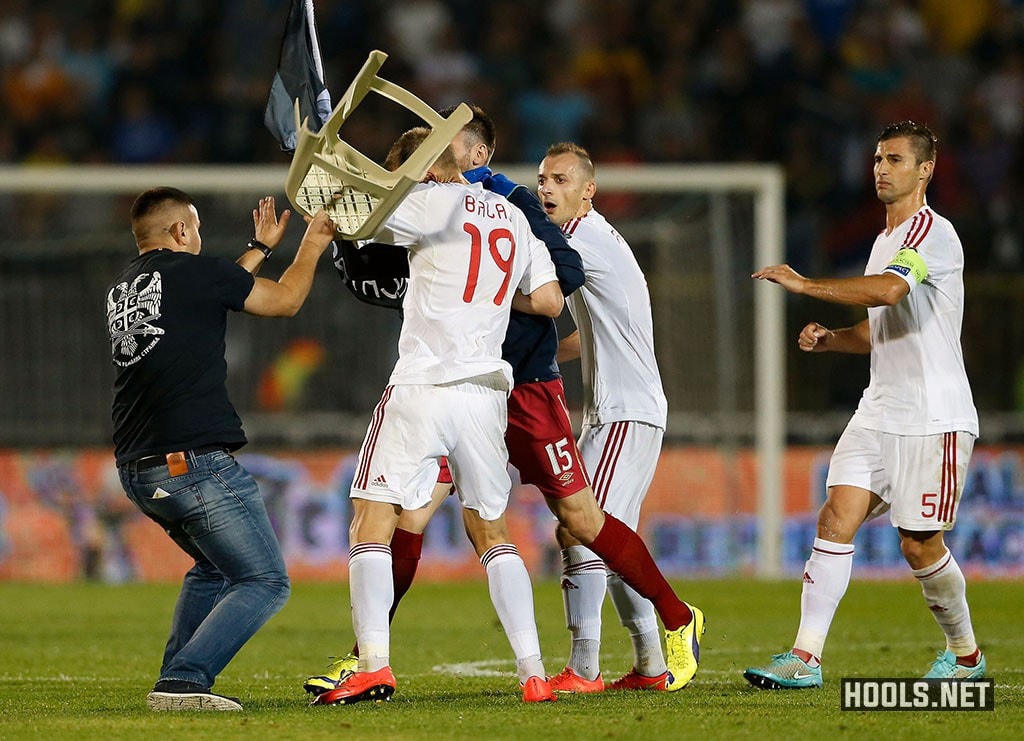 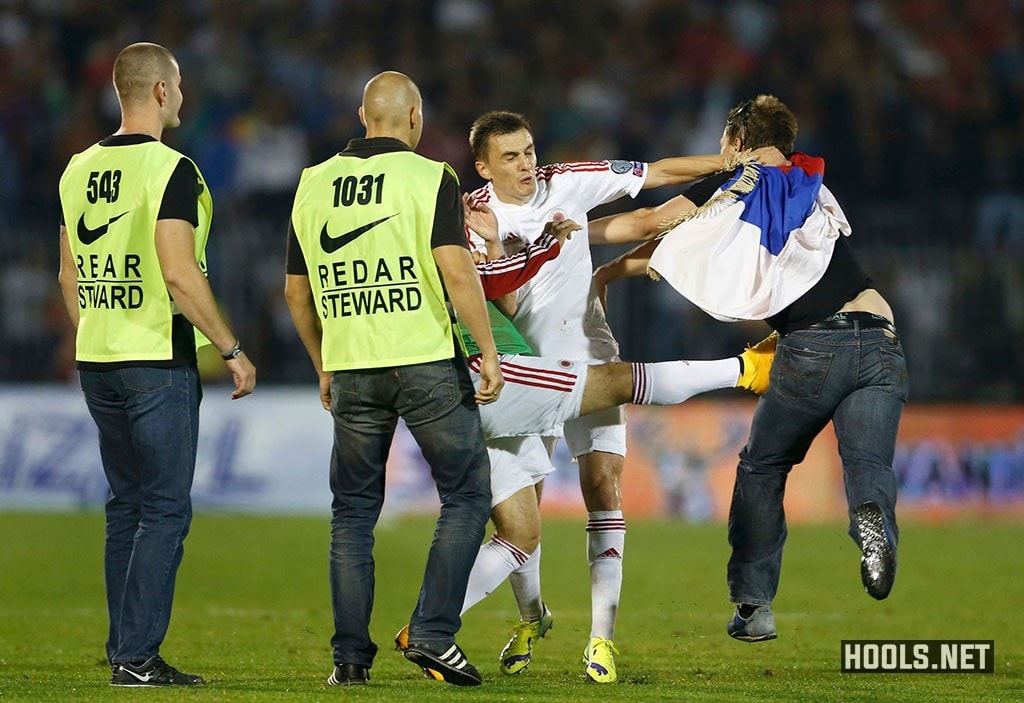 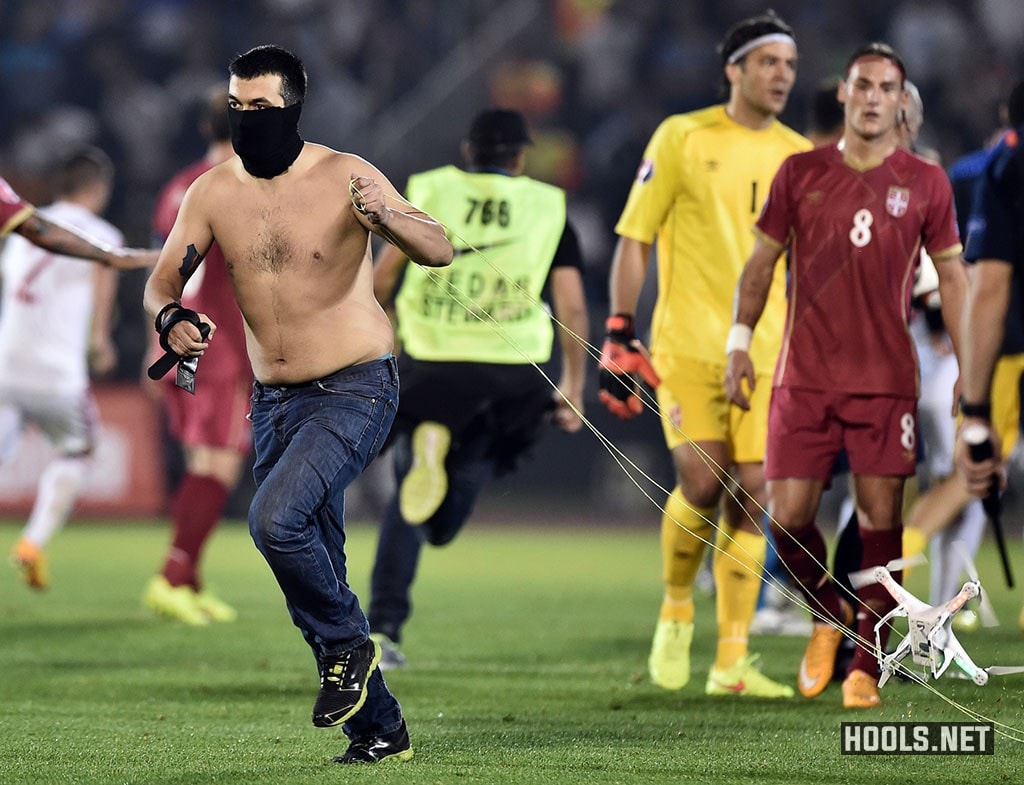 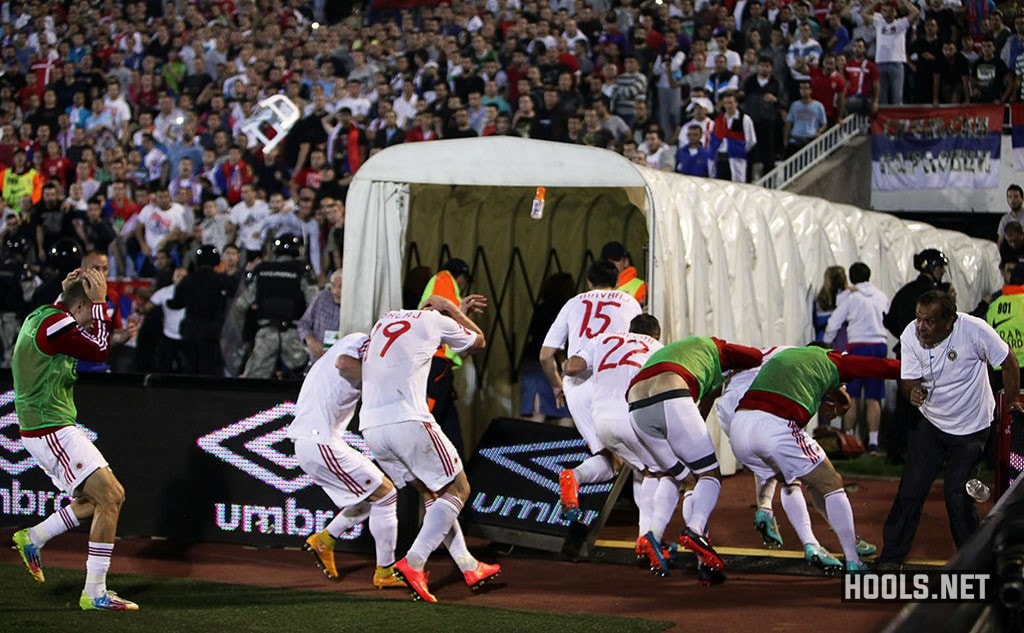 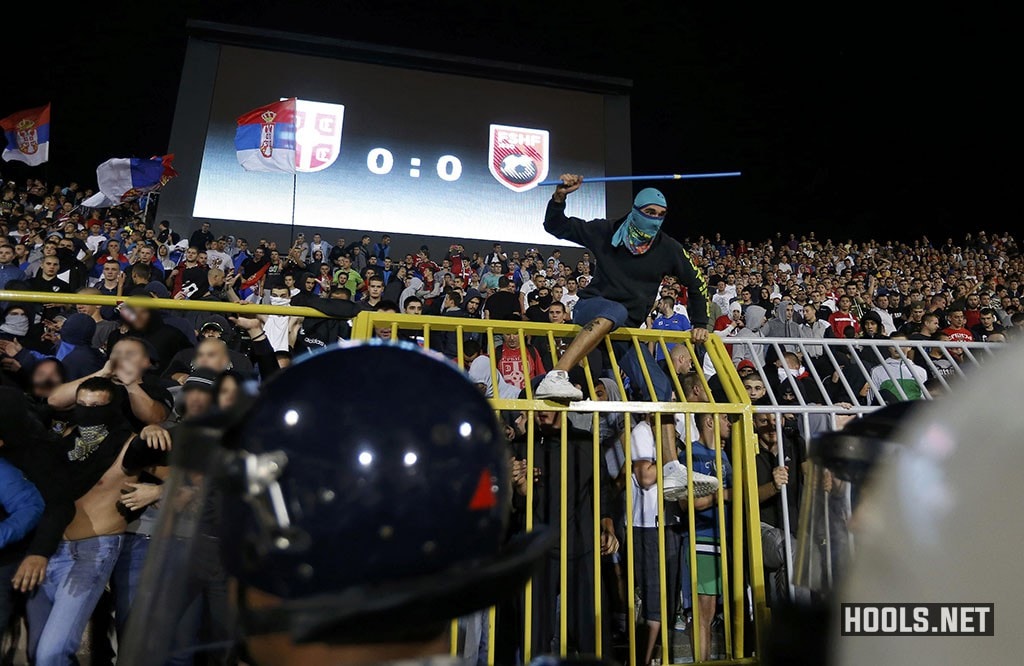 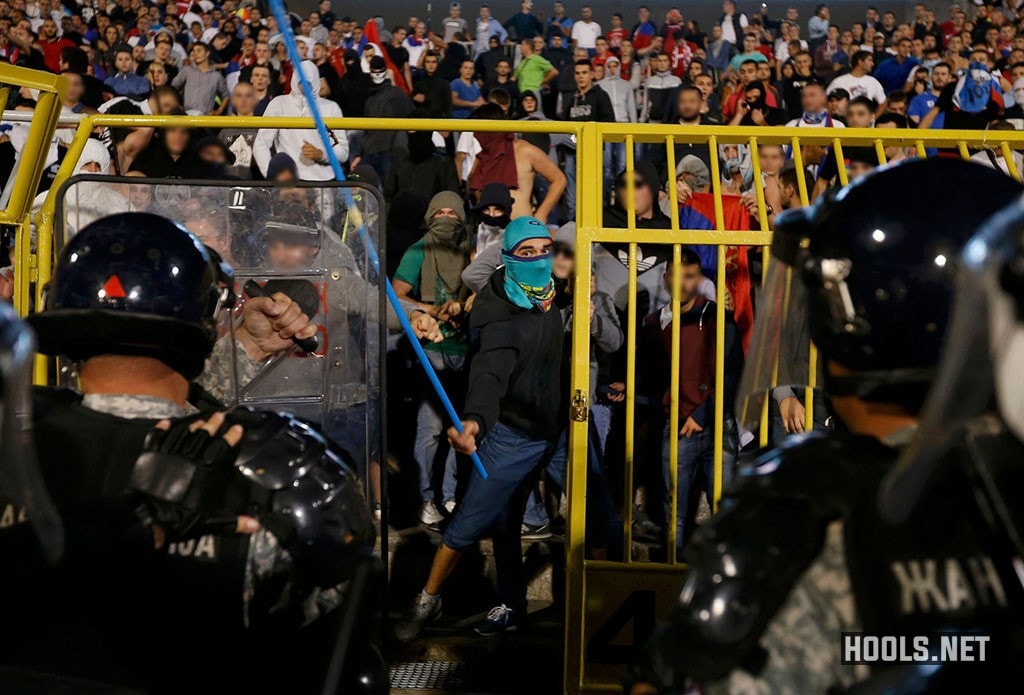 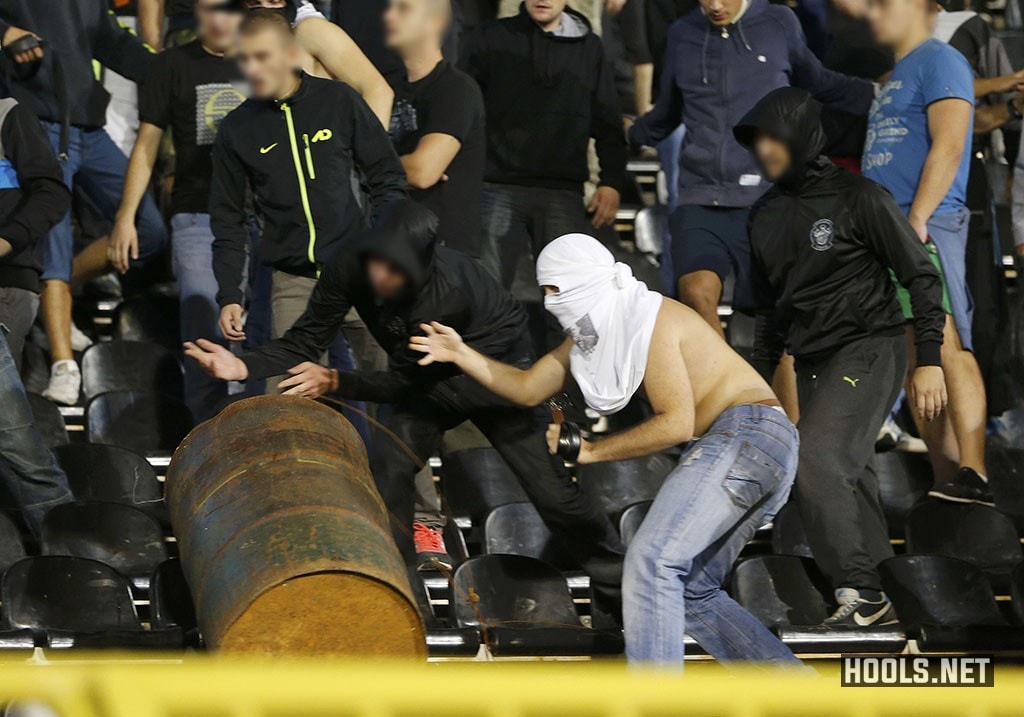 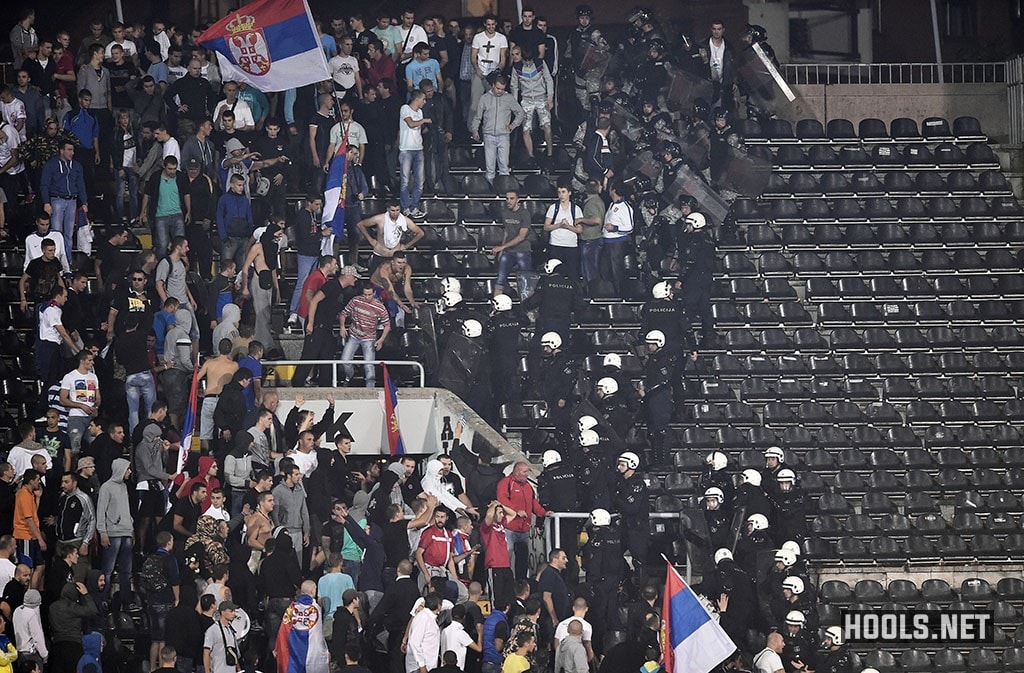