Feyenoord fans went on the rampage in the streets of Rotterdam on Sunday after the side’s defeat at Excelsior.

The Rotterdam club were beaten 3-0 by local rivals Excelsior on the penultimate day of the season, when a win would have secured the championship.

The club’s fans were furious with the result and took to the streets to vent their anger, clashing with riot cops.

Flares, bottles and stones were thrown at riot cops, while a number of riot vans were also attacked in the clashes.

Over 100 Feyenoord fans were detained for involvement in the riots. 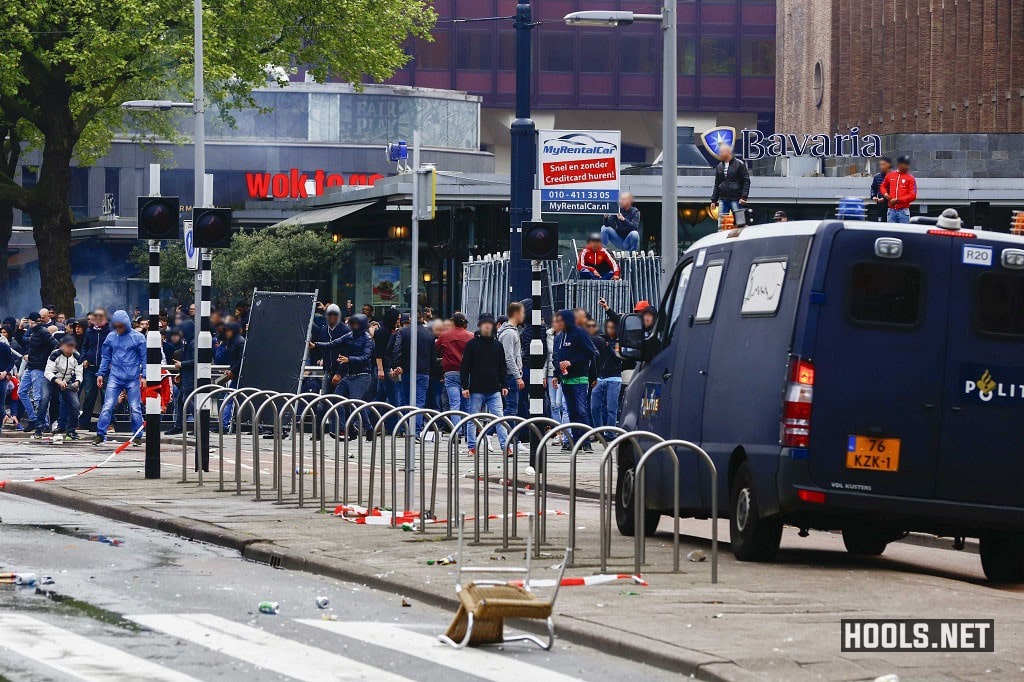 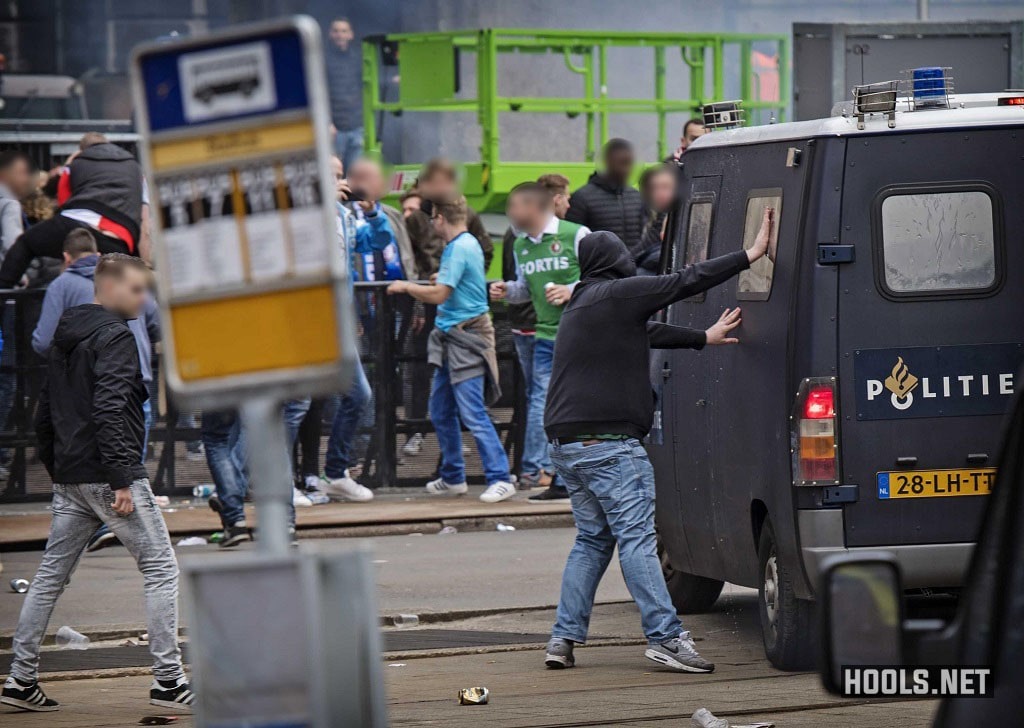 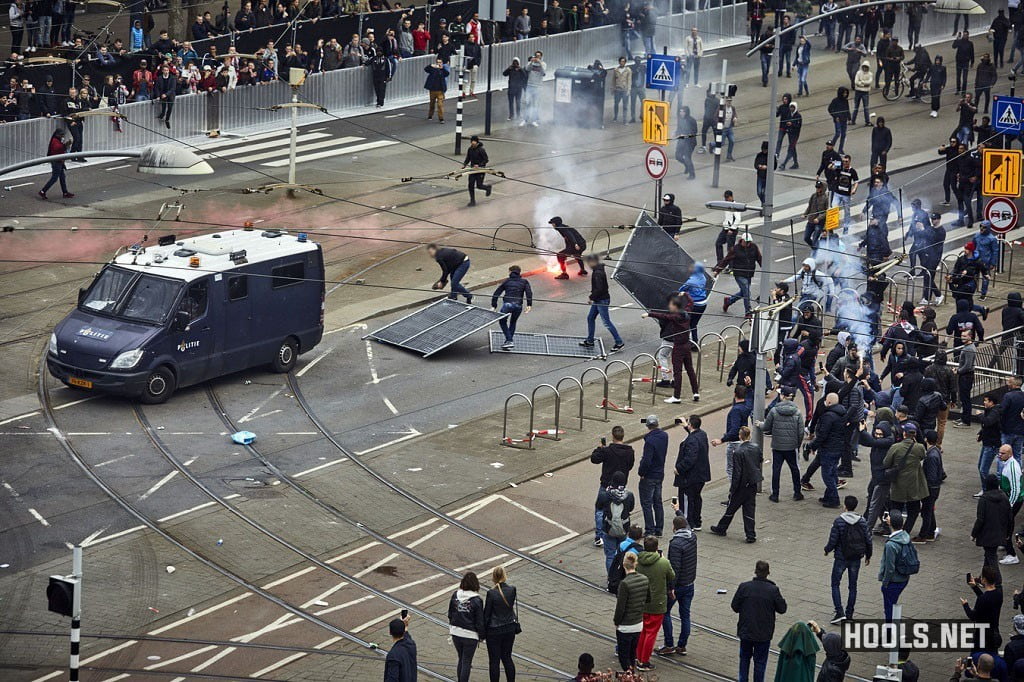 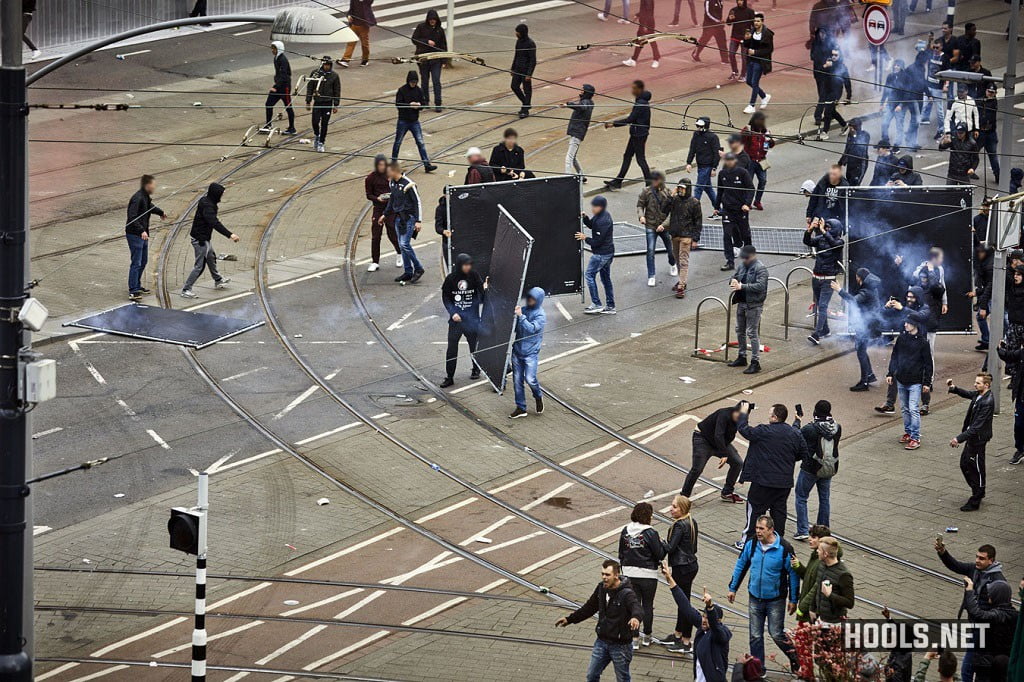 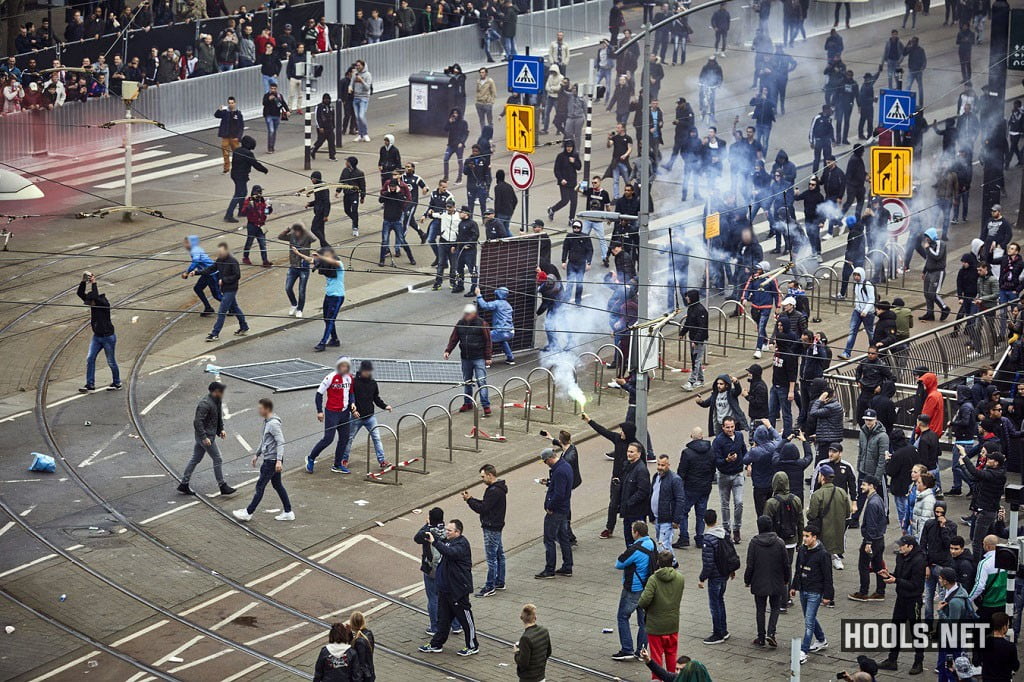 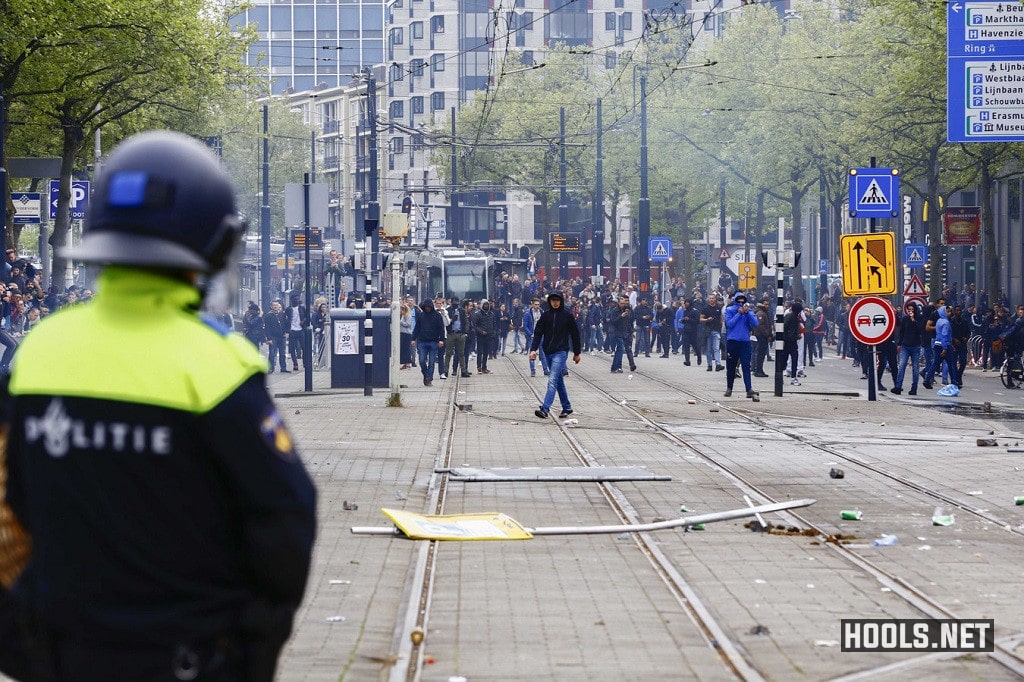 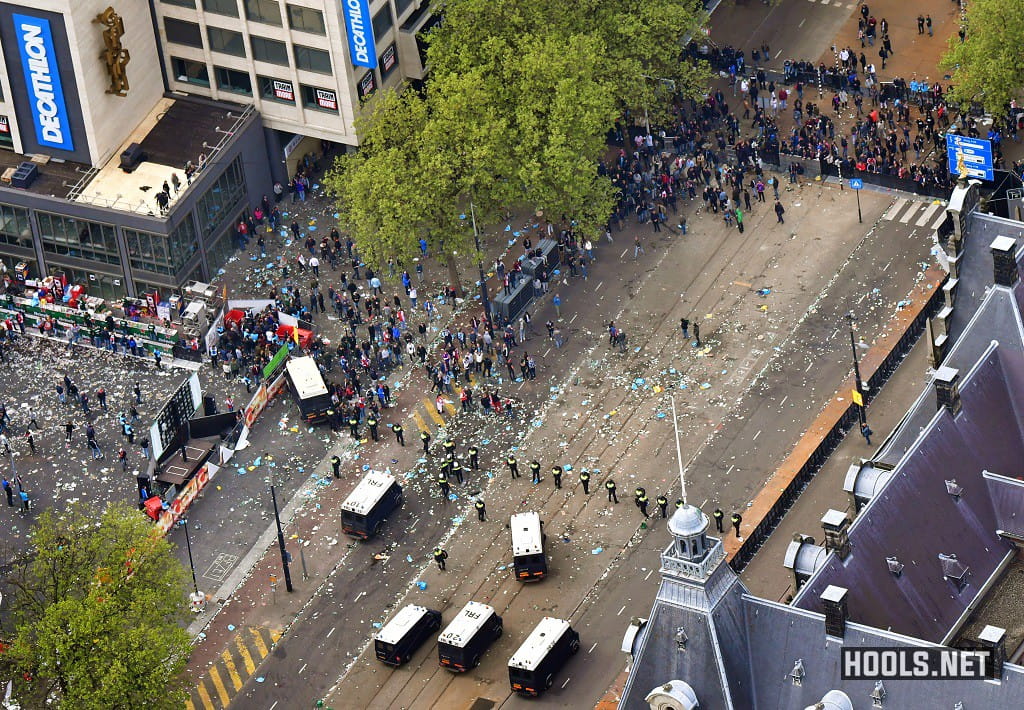 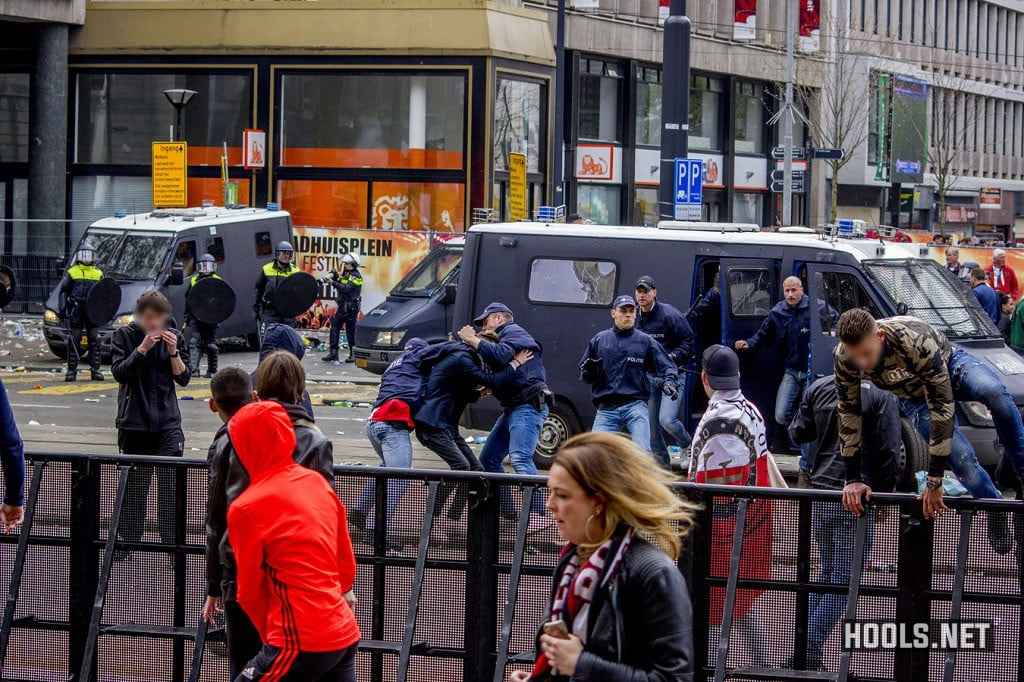 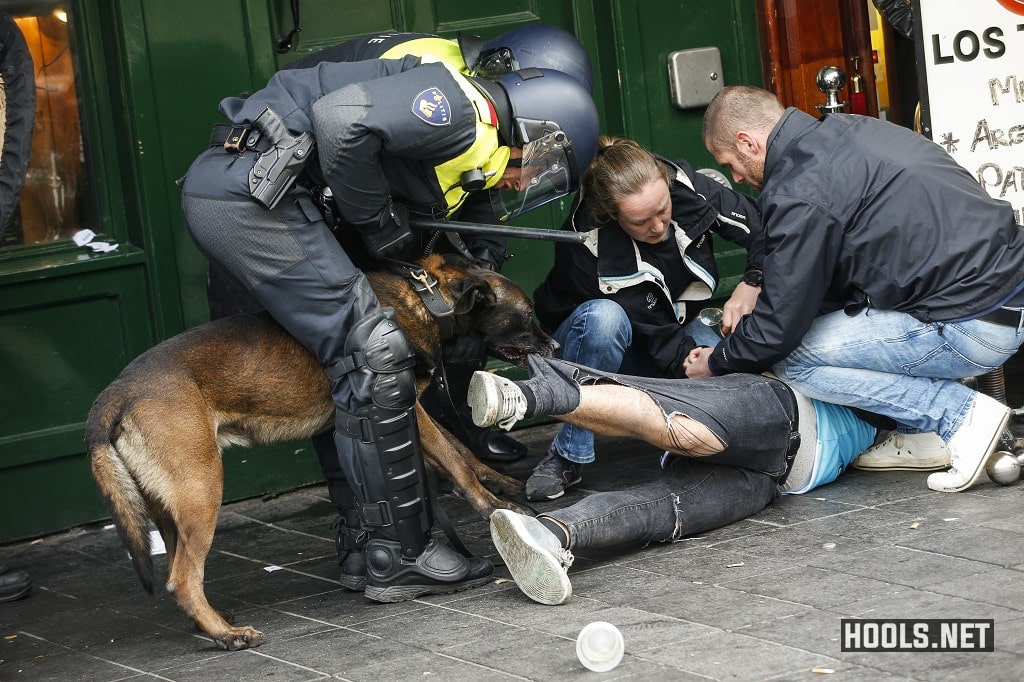