Helsingborgs hooligans invaded the pitch to vent their anger following the team’s relegation from the Swedish top flight on Sunday.

Helsingborgs lost 2-1 at home to Halmstads in the second leg of their relegation/promotion play-off – a result which condemned the losers to relegation.

Shortly after the final whistle was blown, a group of Helsingborgs hooligans broke through a barricade of stewards, breaking advertising hoardings and throwing objects onto the pitch.

The hooligans walked up to Helsingborgs striker Jordan Larsson (the son of Helsingborgs head coach Henrik Larsson) and ripped the shirt from his back. Angry Jordan tried to confront them but was quickly dragged away by the team’s staff.

A handful of stewards eventually stepped in and moved the fans off the pitch. 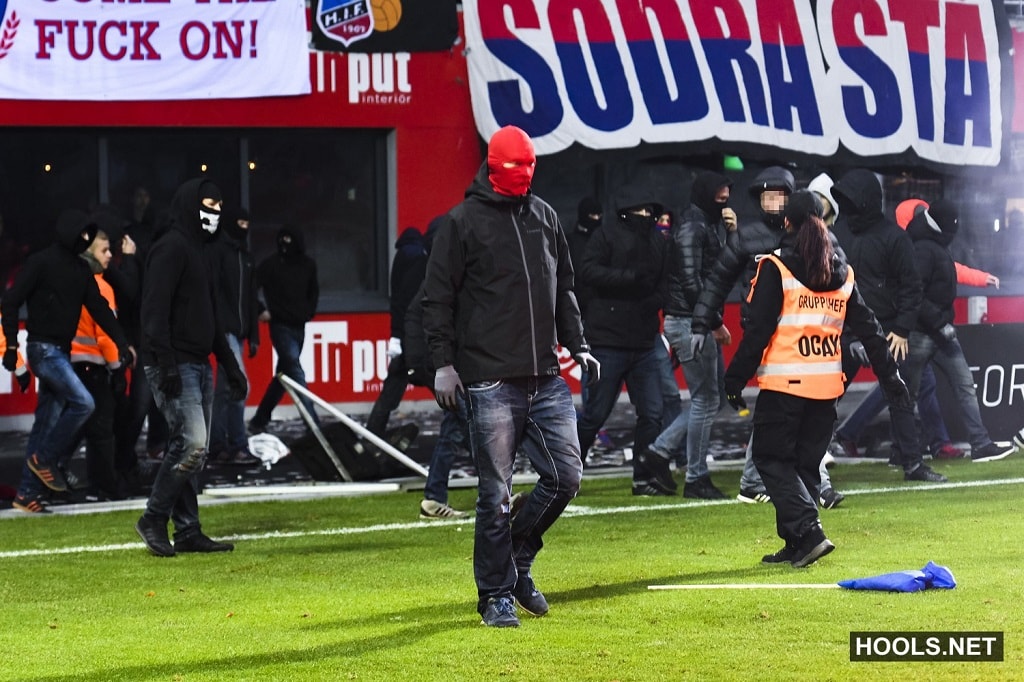 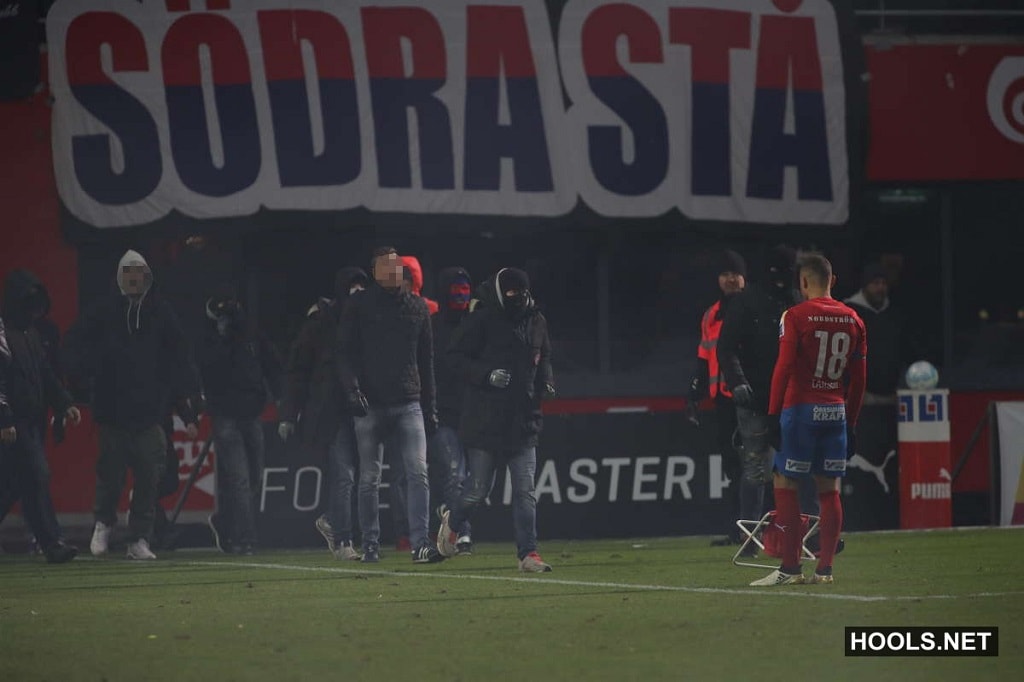 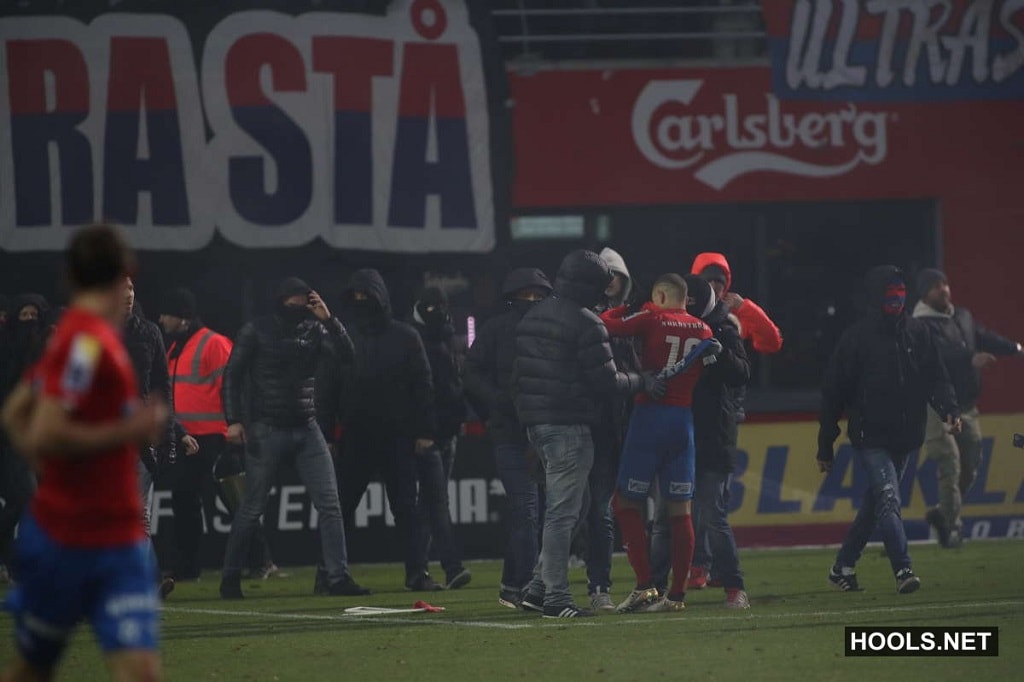 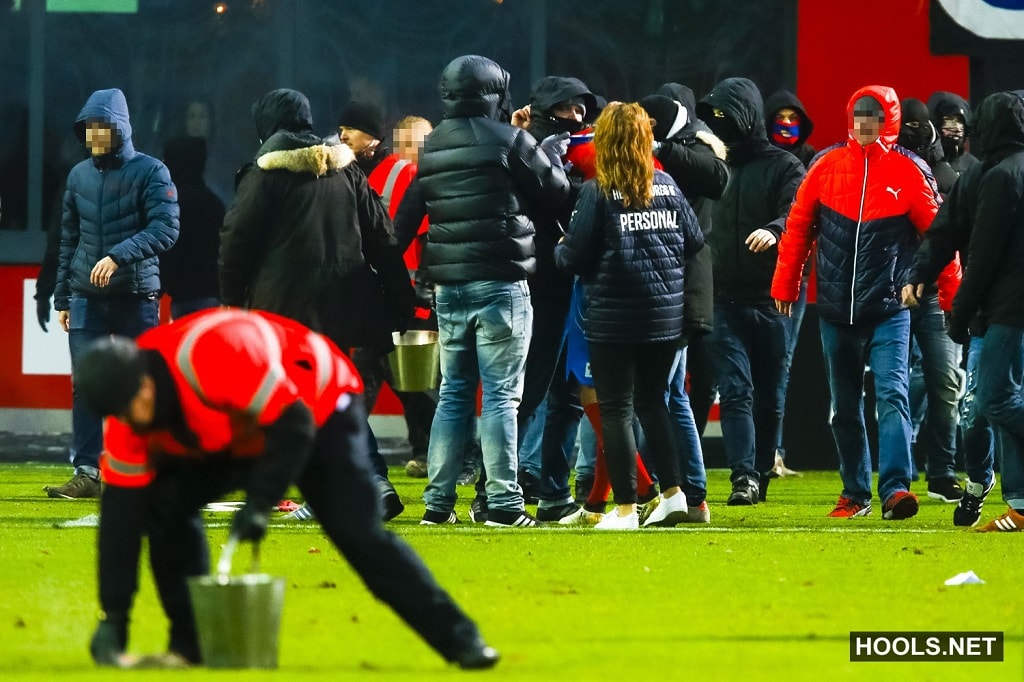 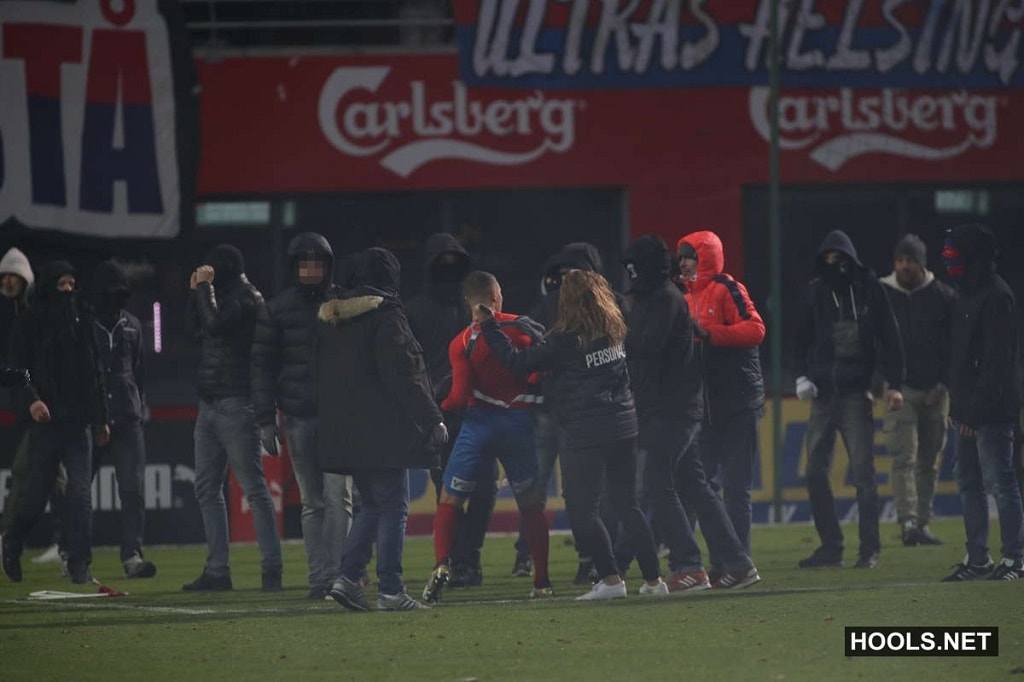 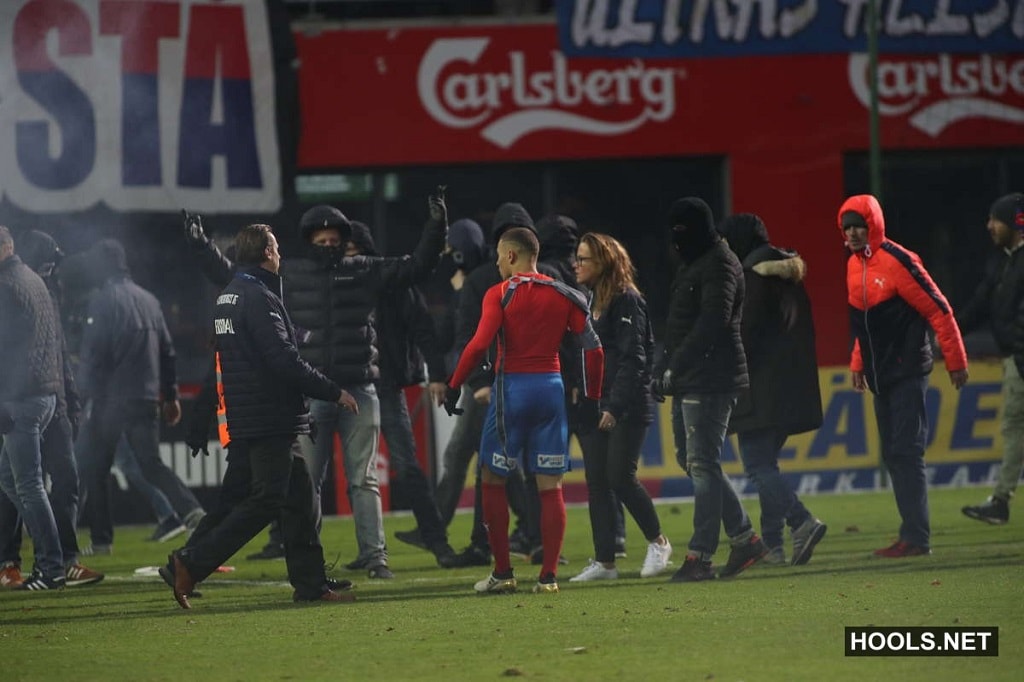 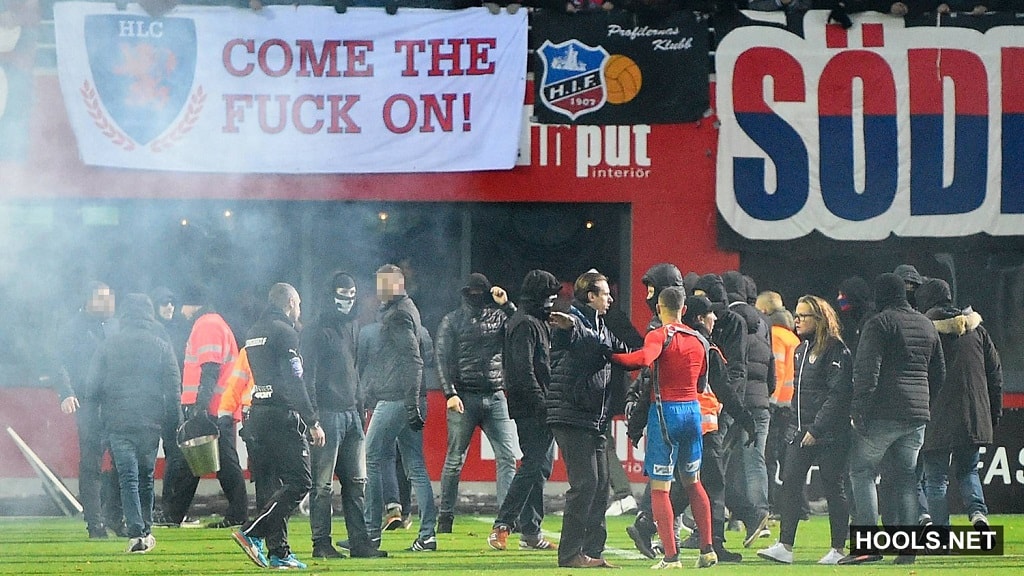 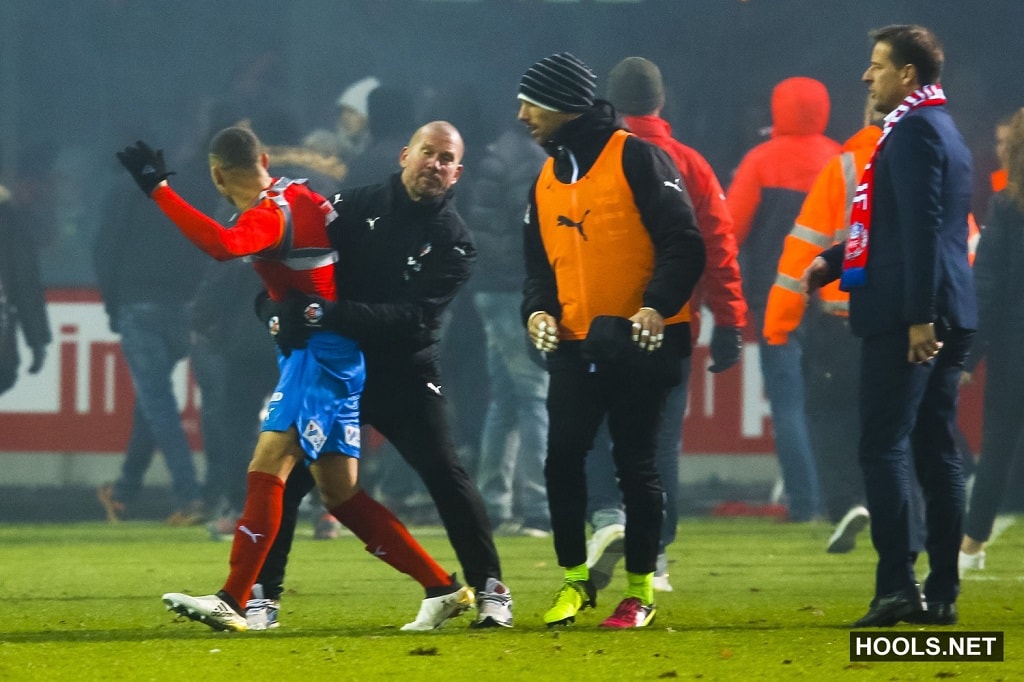