Sunday’s derby clash between Spartak Trnava and Slovan Bratislava descended into chaos as fans clashed on the pitch.

The game was stopped in the 15th minute when dozens of Spartak and Slovan fans burst onto the grass from the stands and started fighting.

The foes punched and kicked each other and also threw flares while security staff looked on without making much effort to break up the violence.

One man could be seen lying on the ground unconscious after being kicked in the head.

After a 30 minute delay, the match was called off. 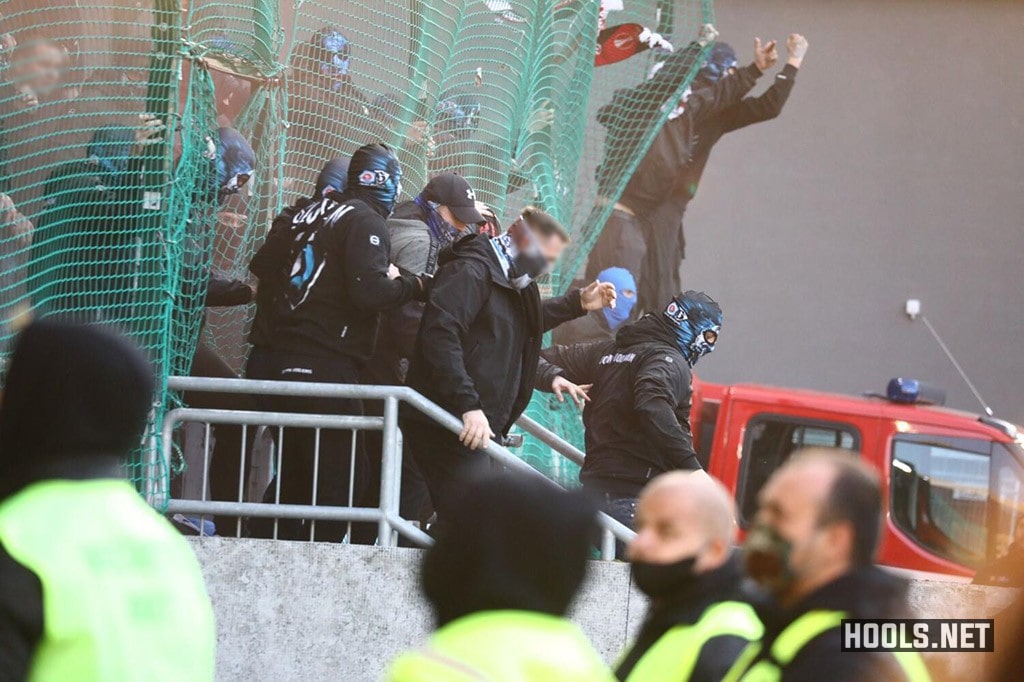 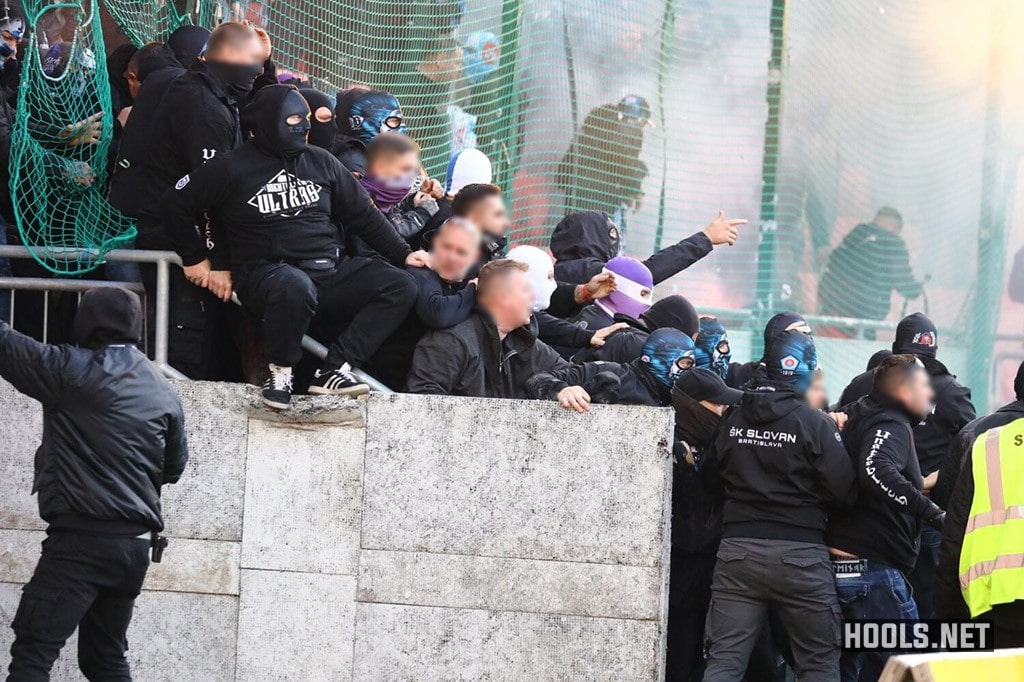 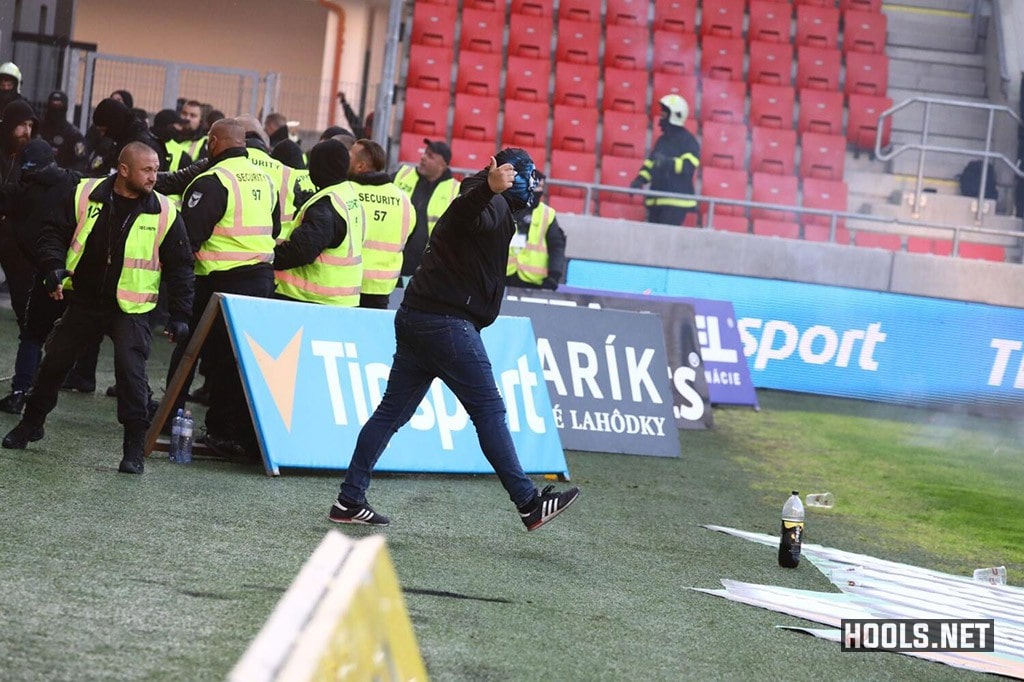 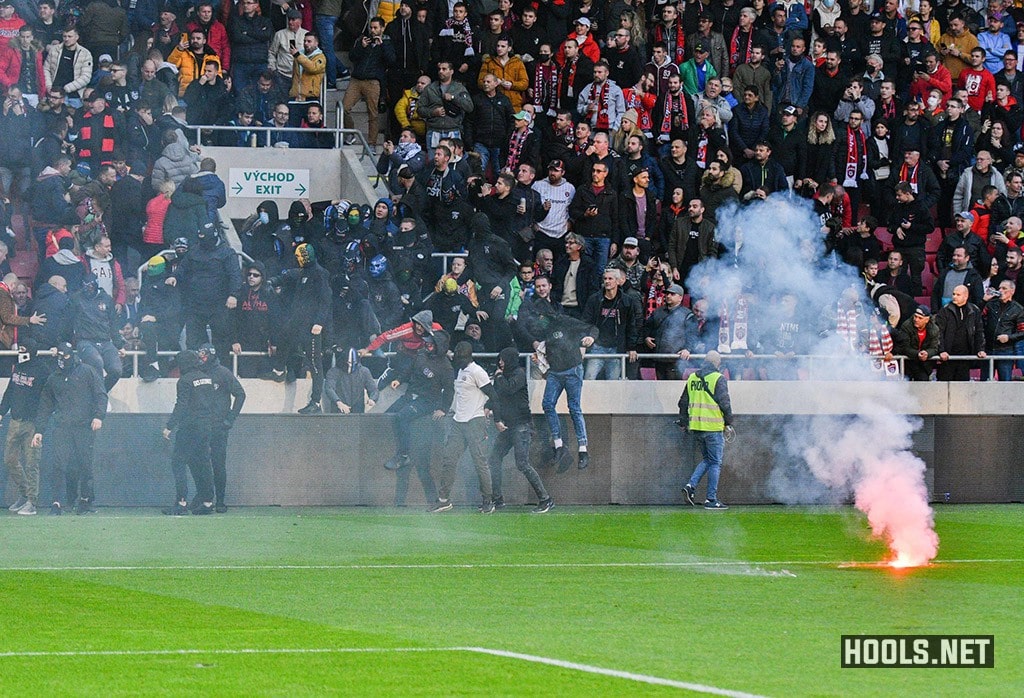 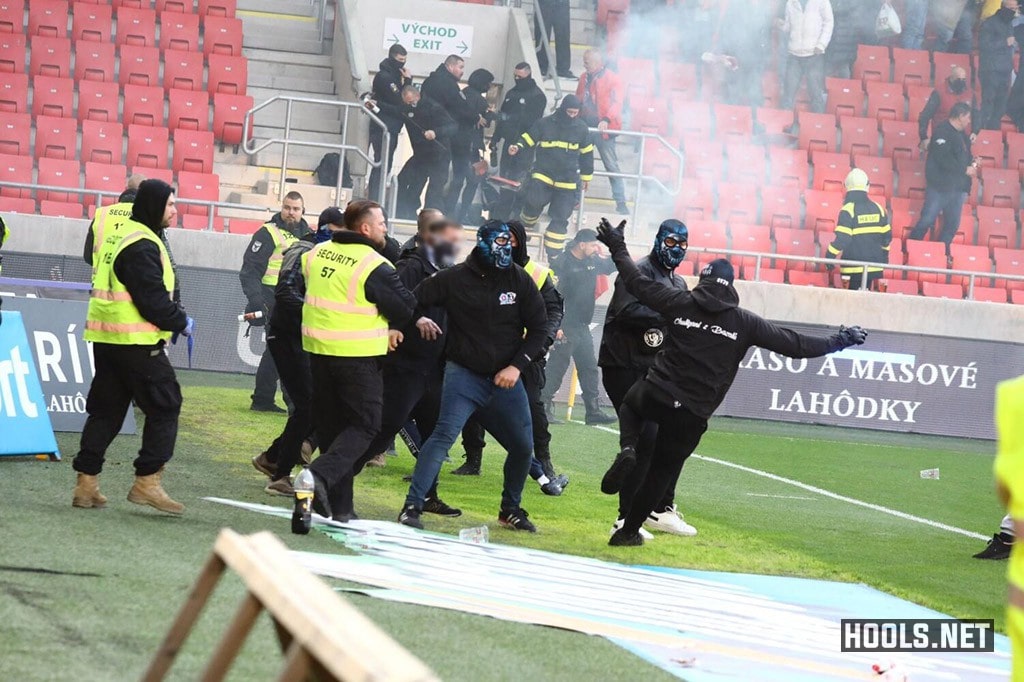 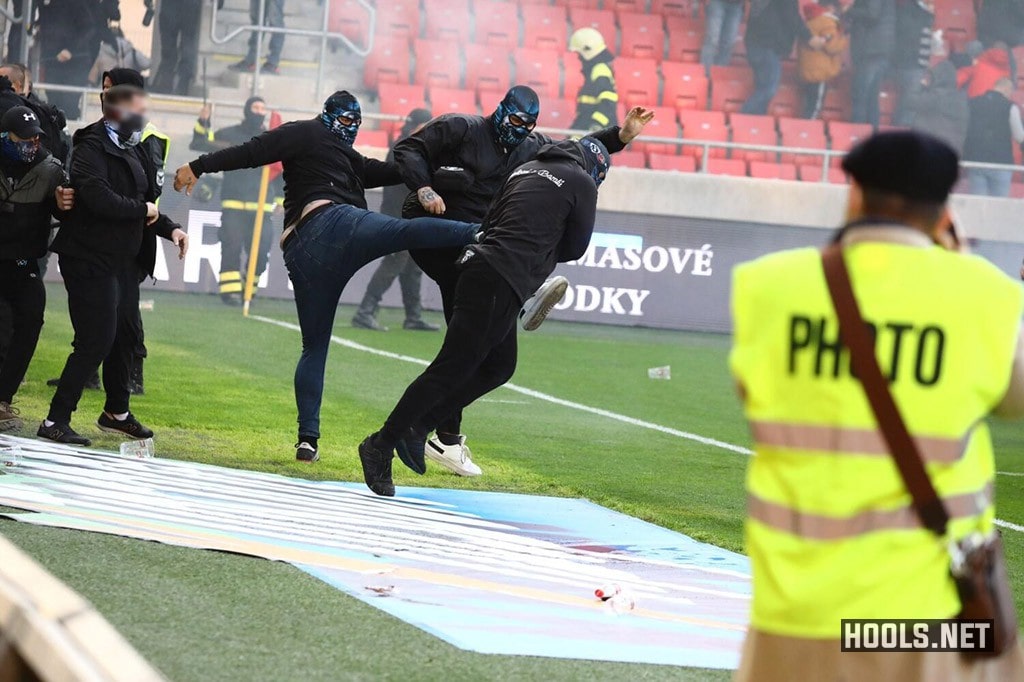 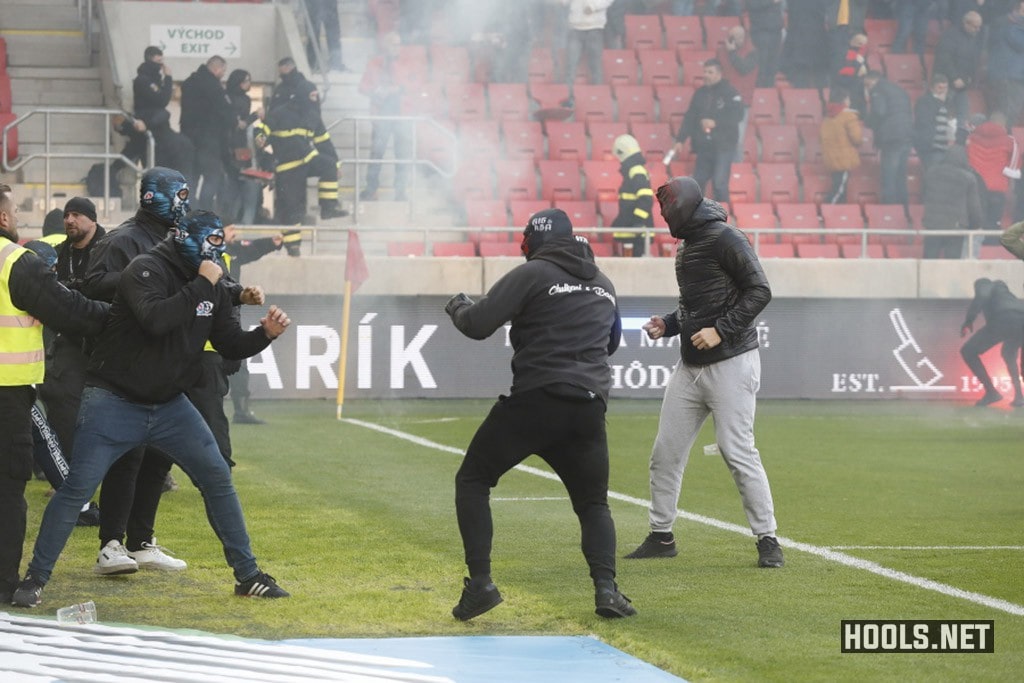 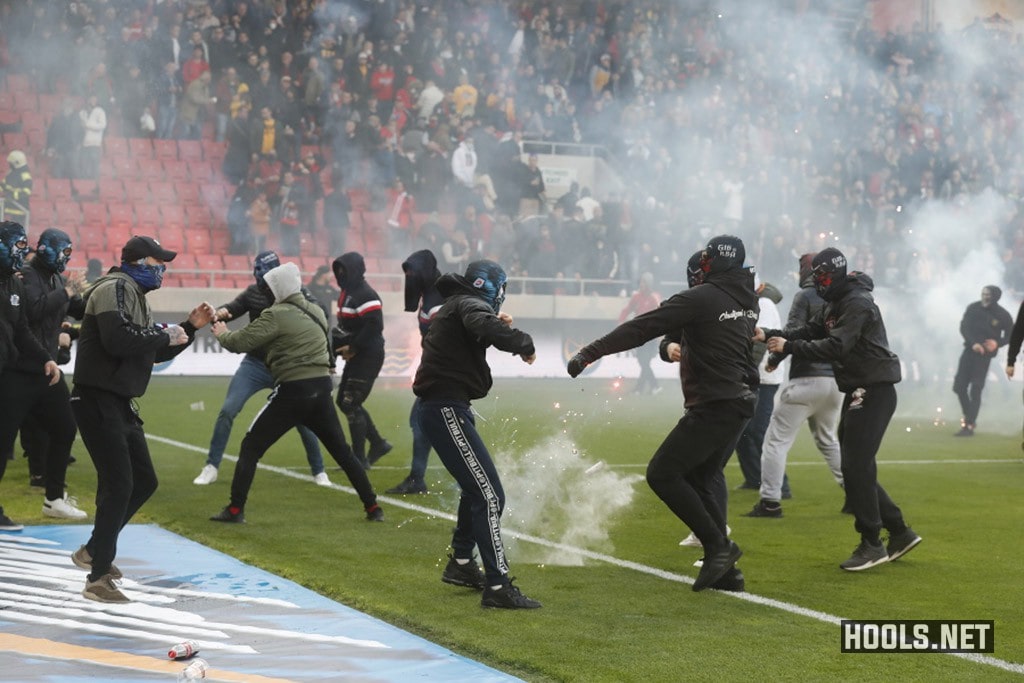 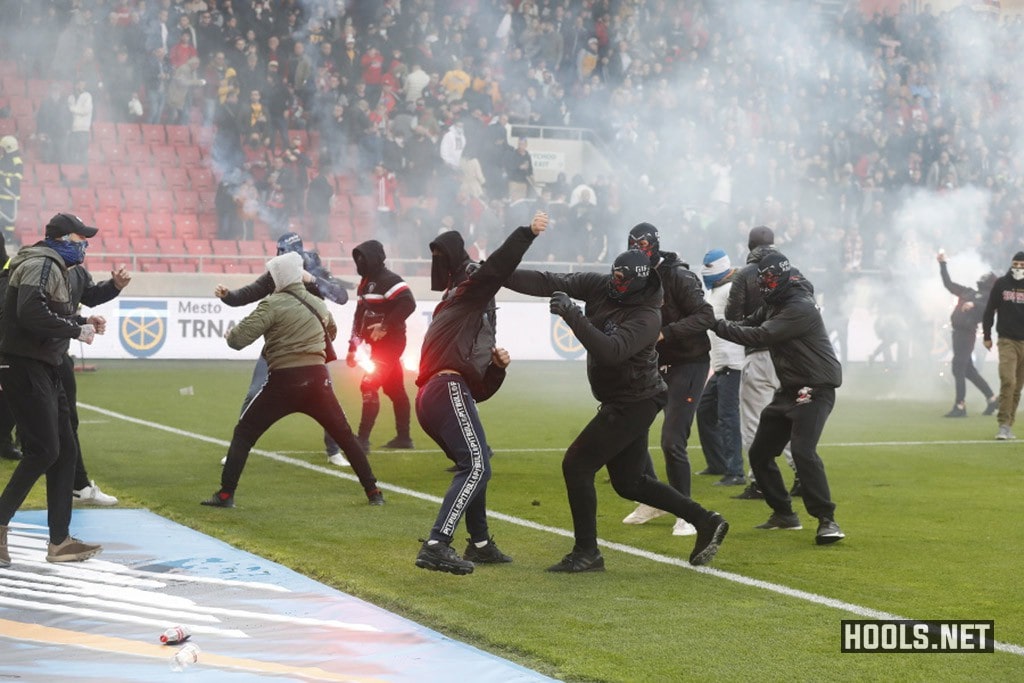 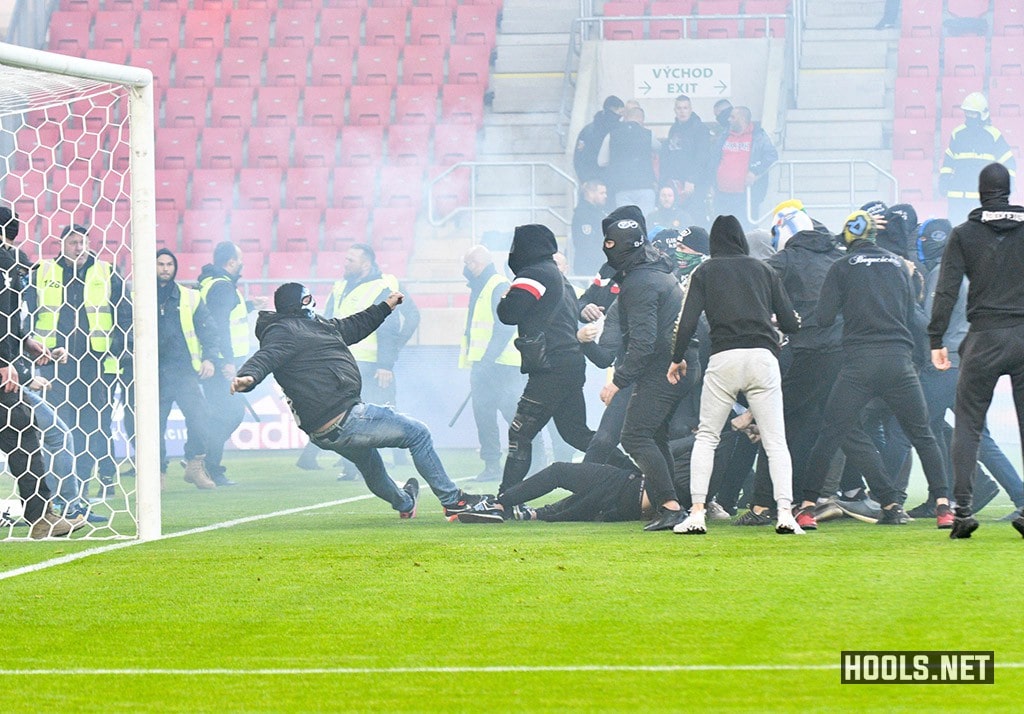 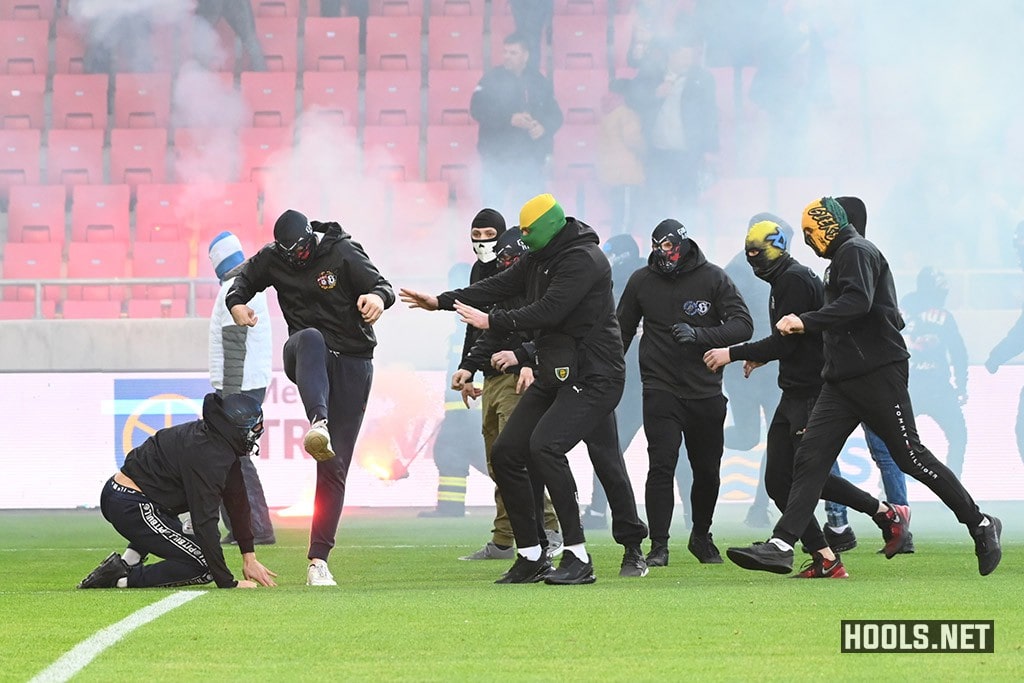 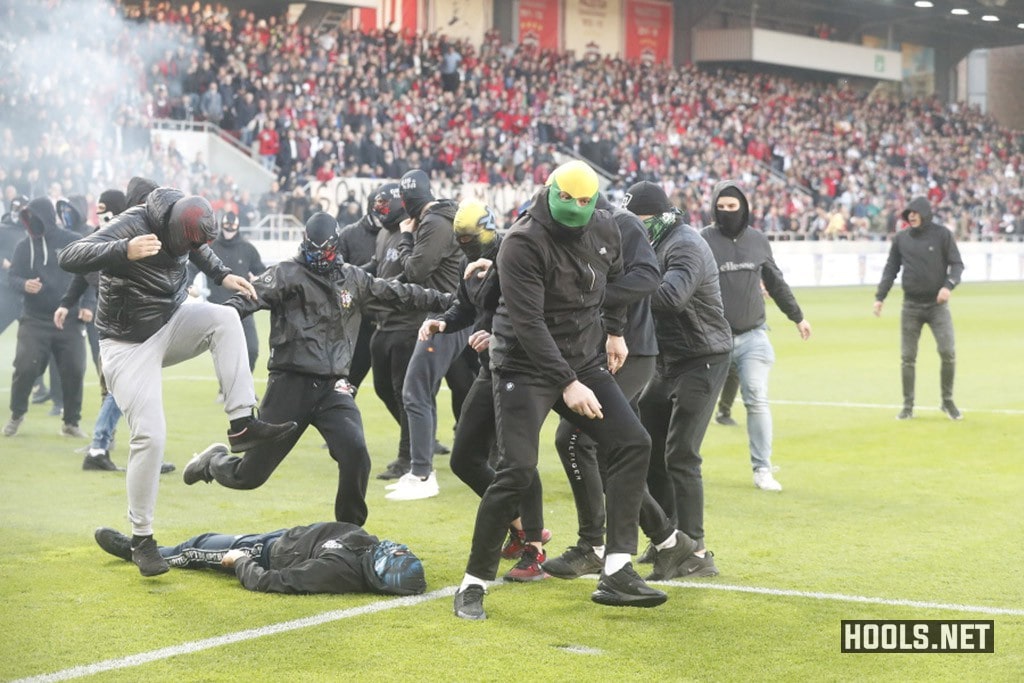 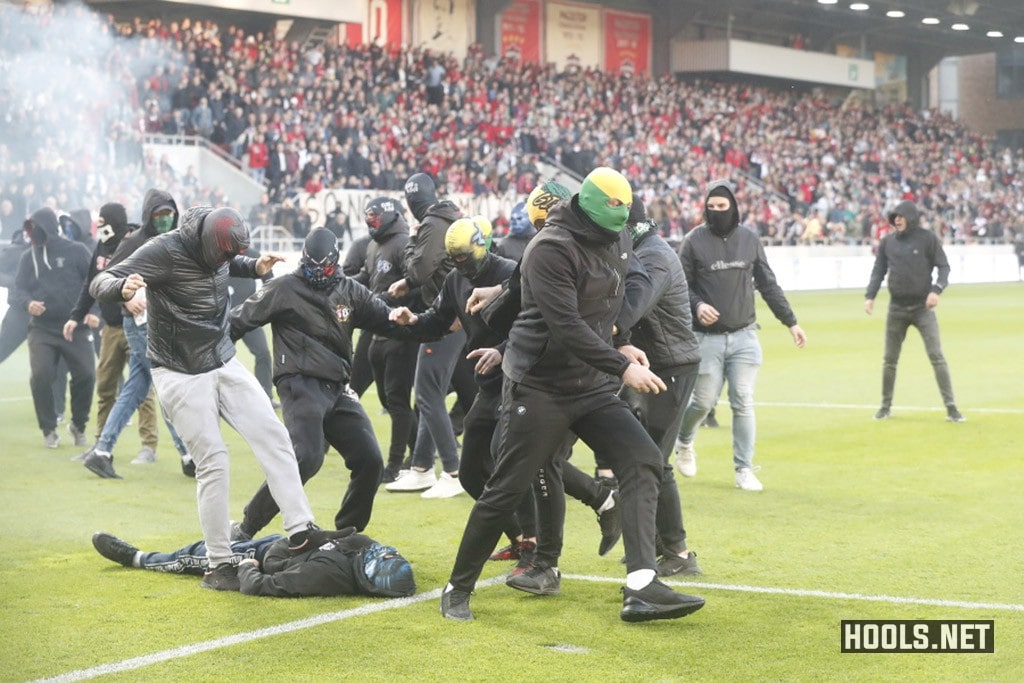 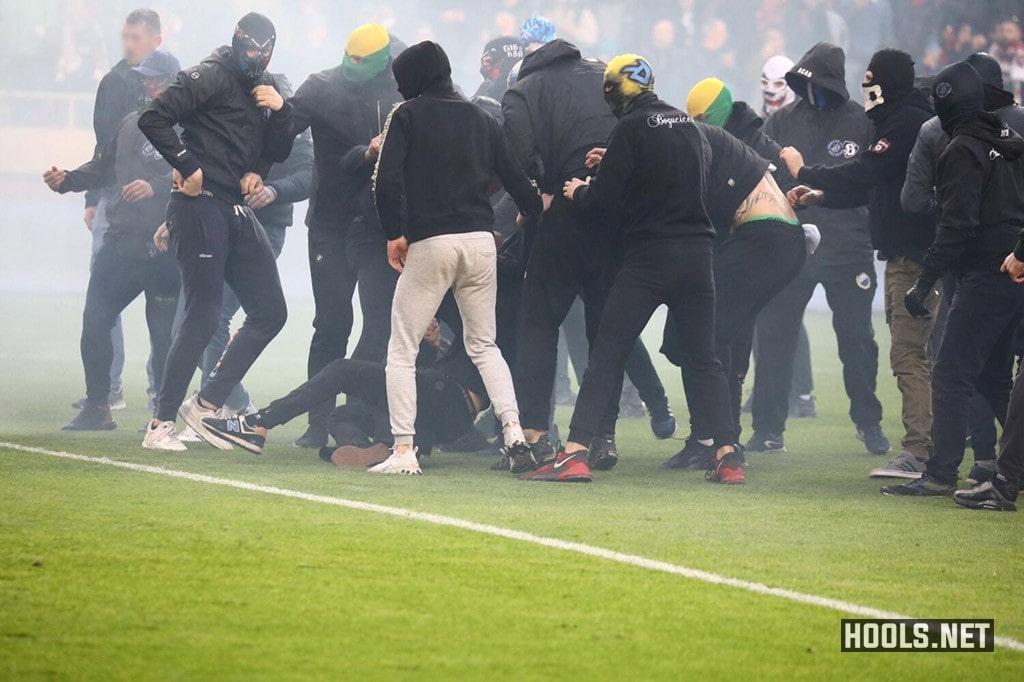 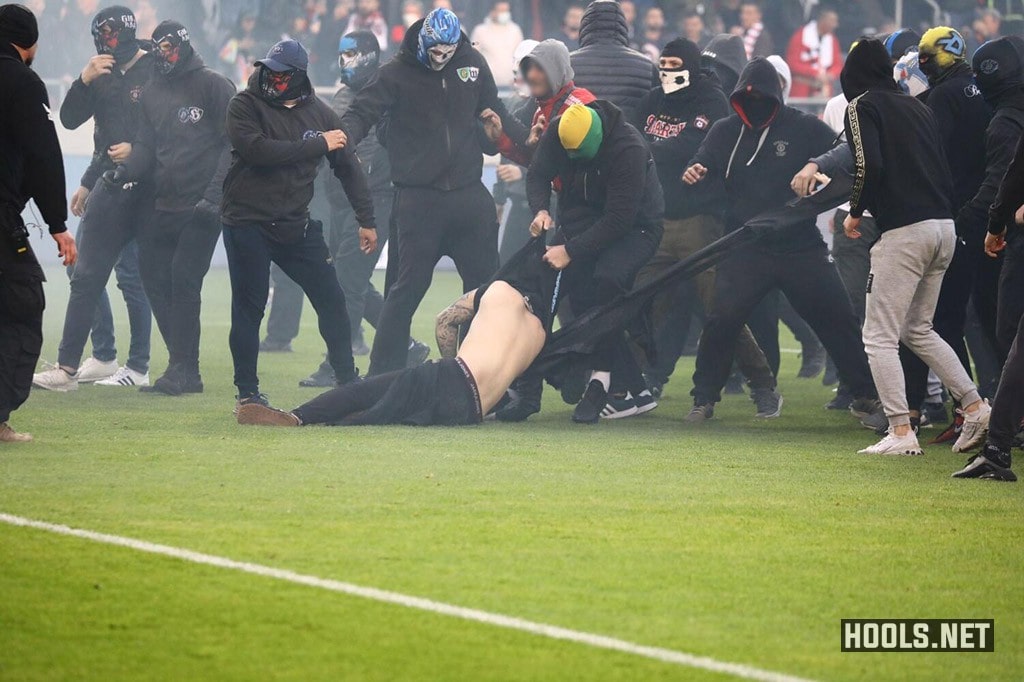 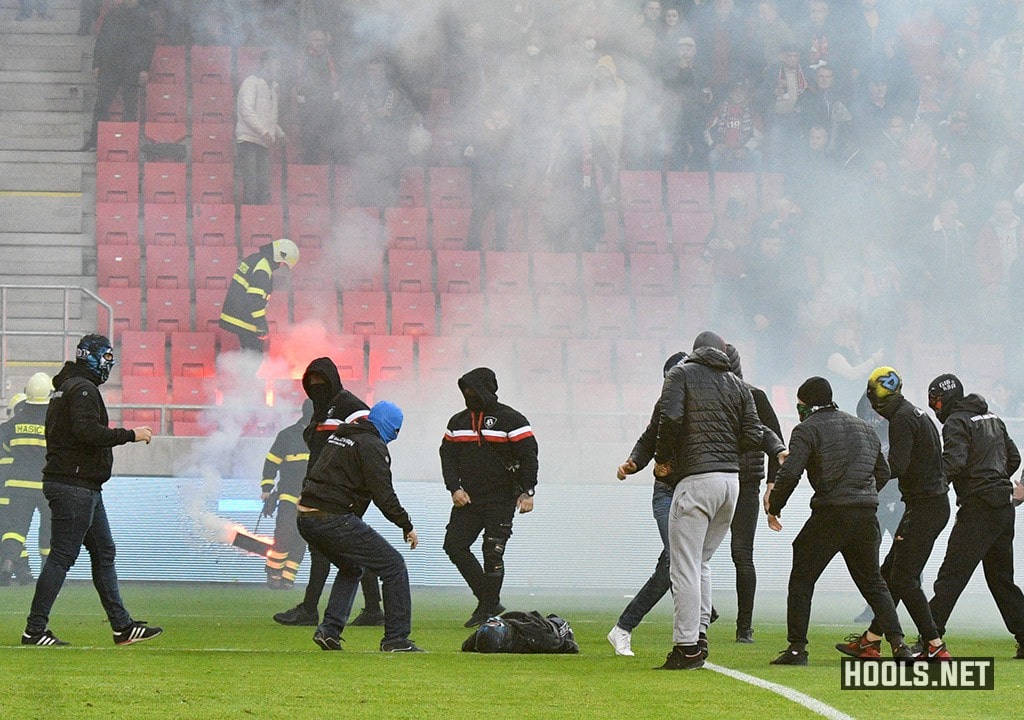 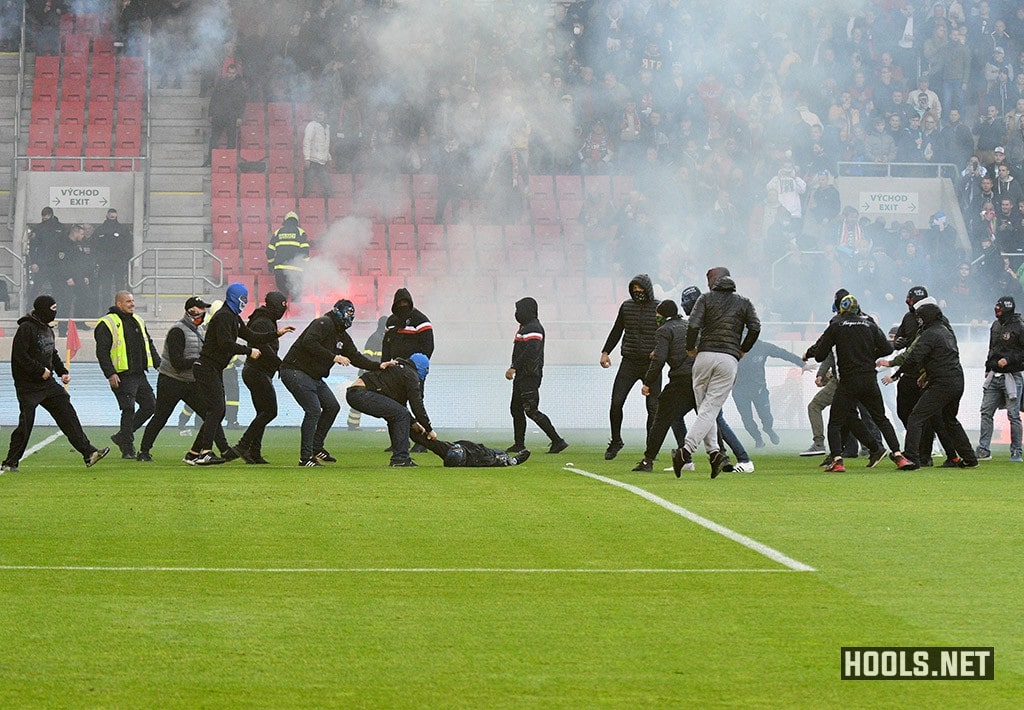 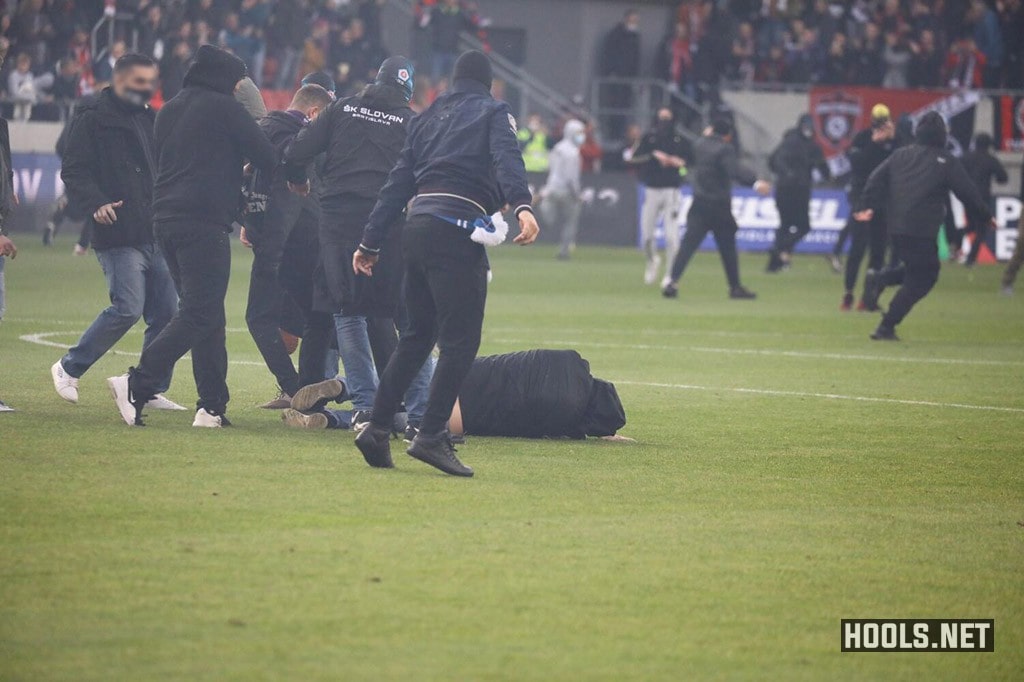 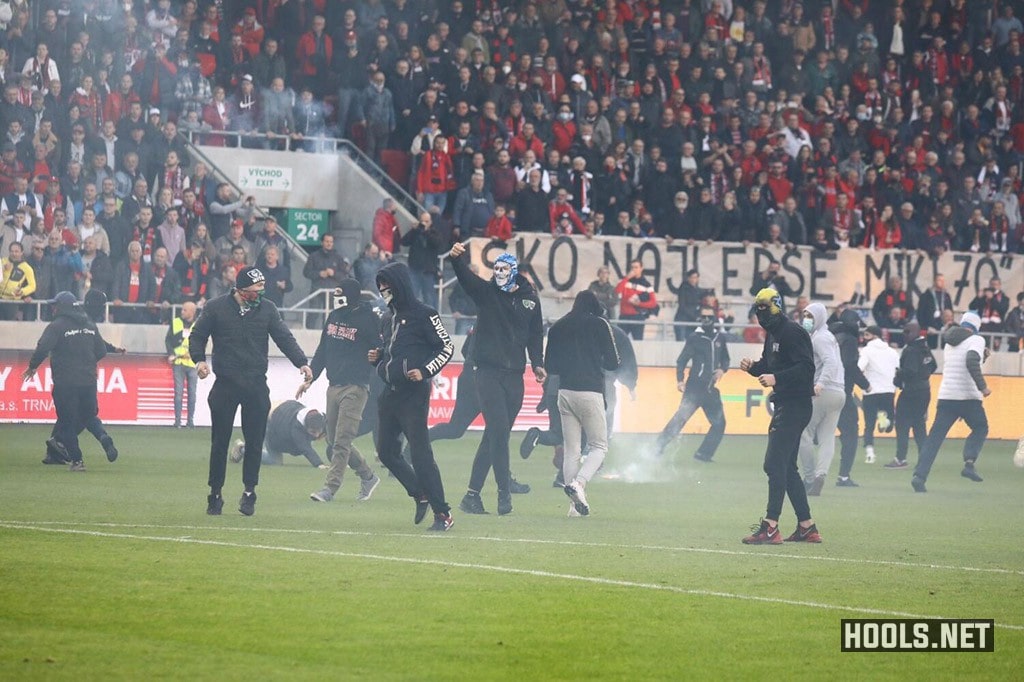 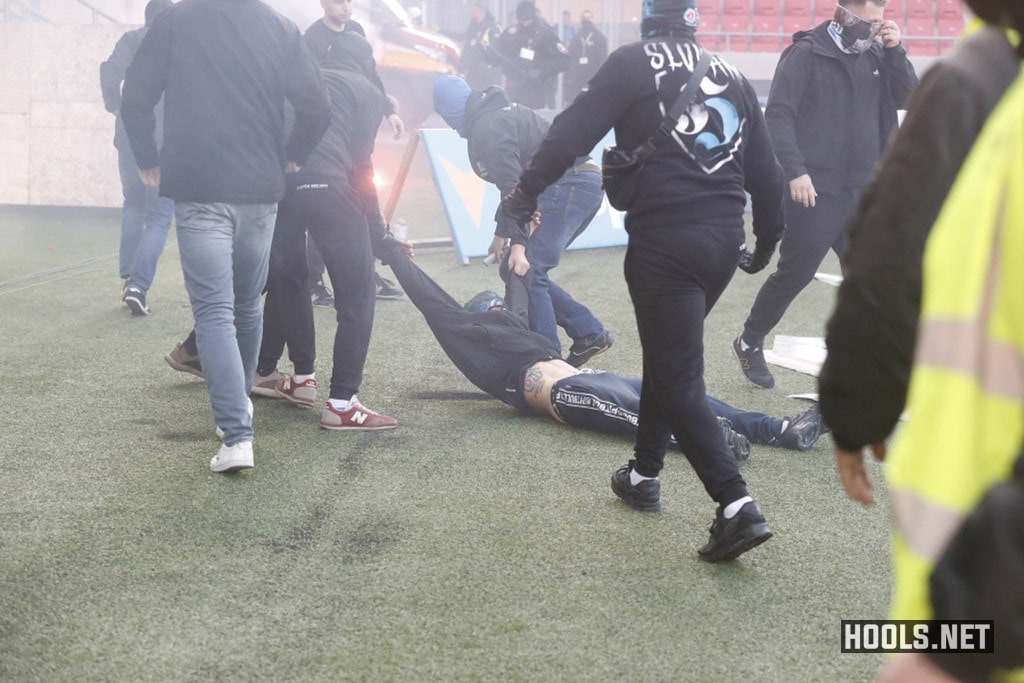 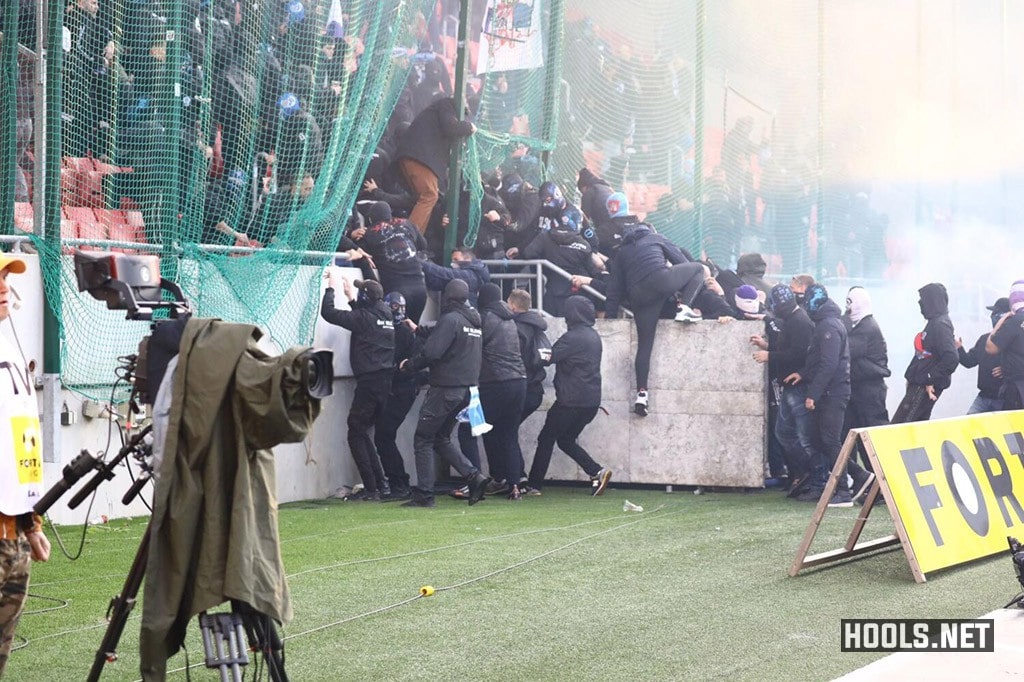 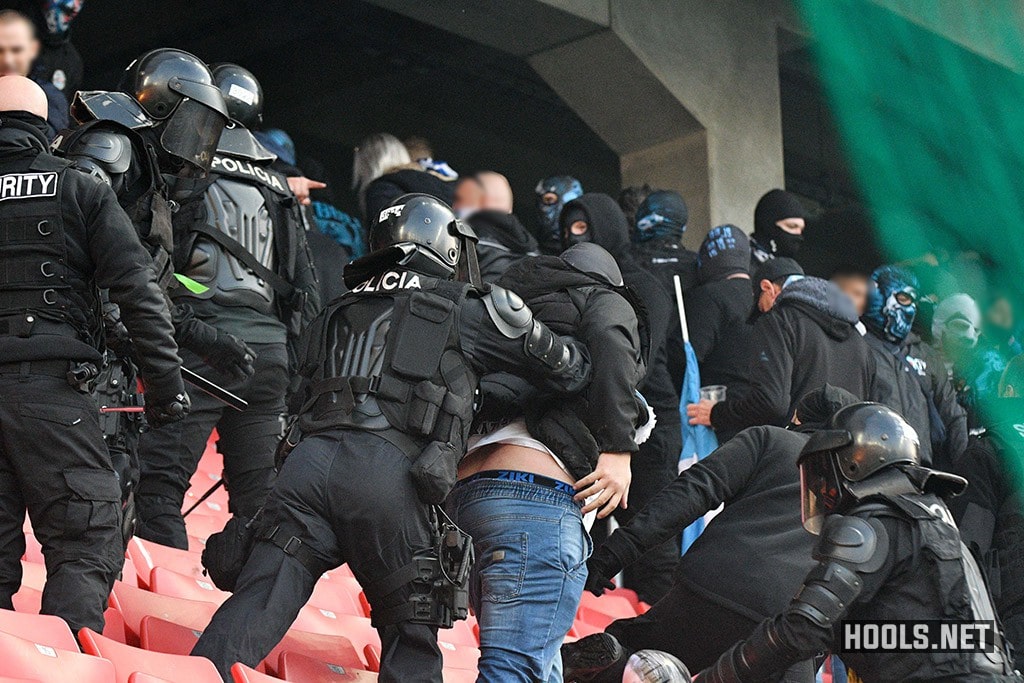 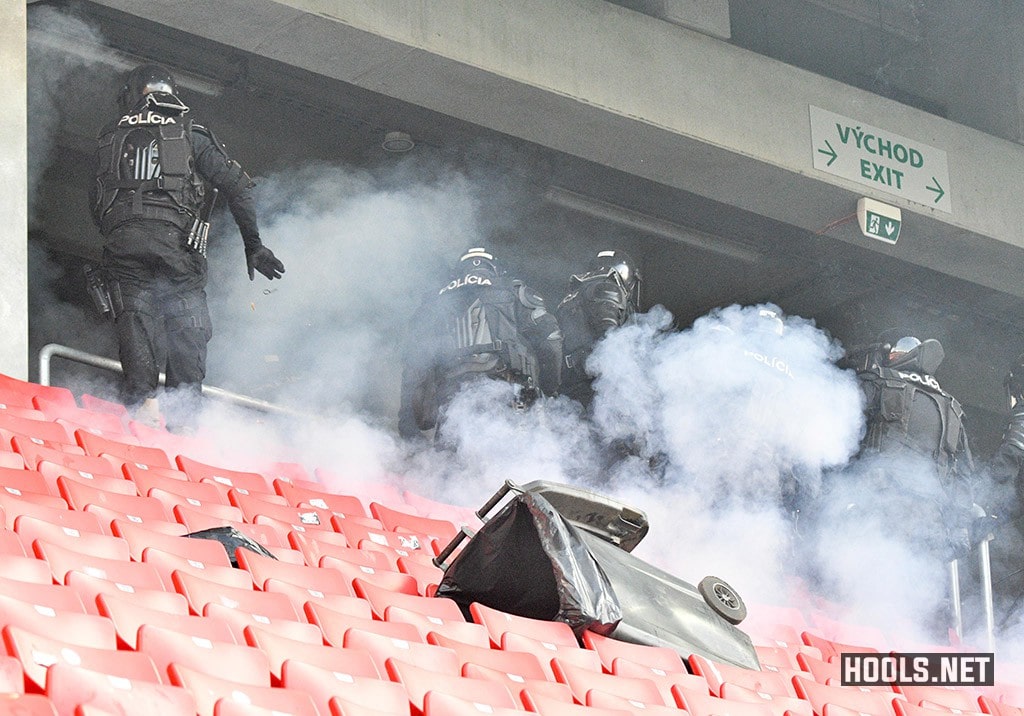 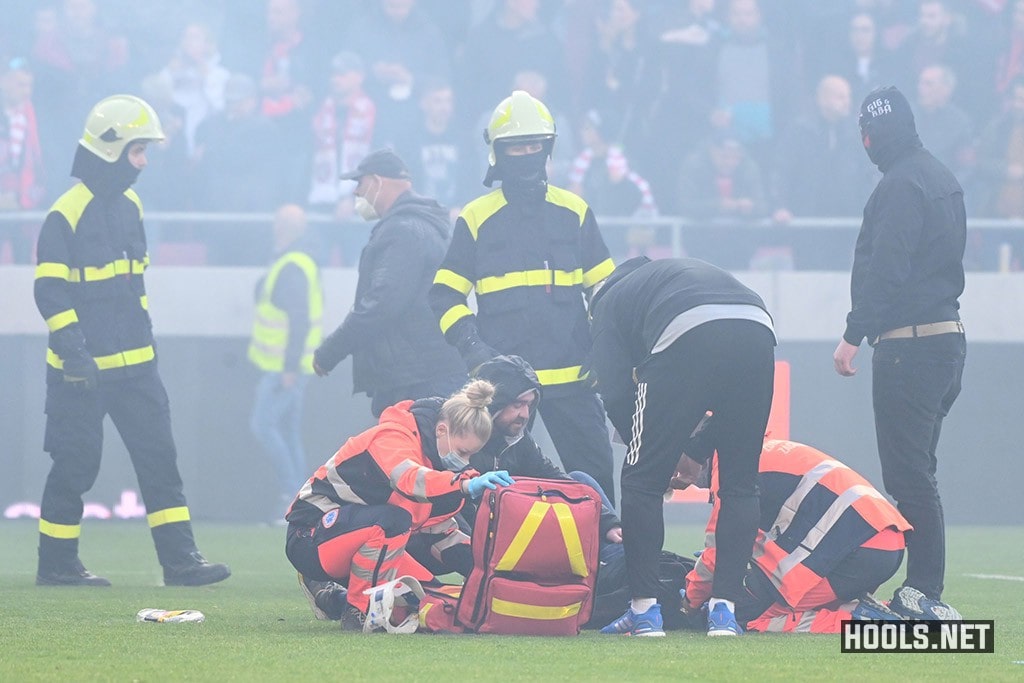 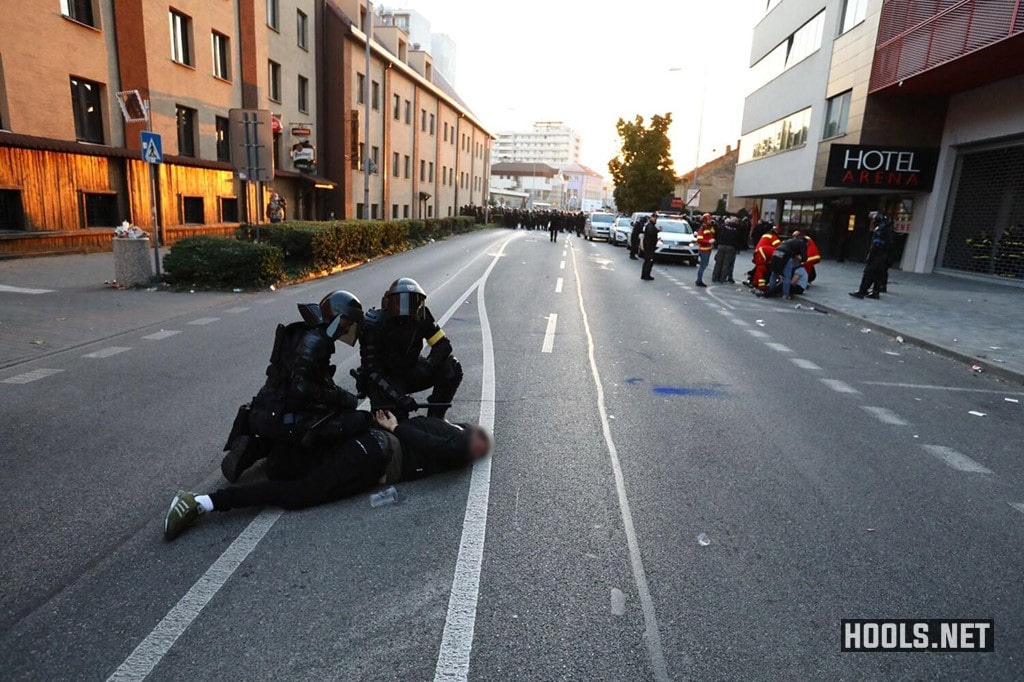 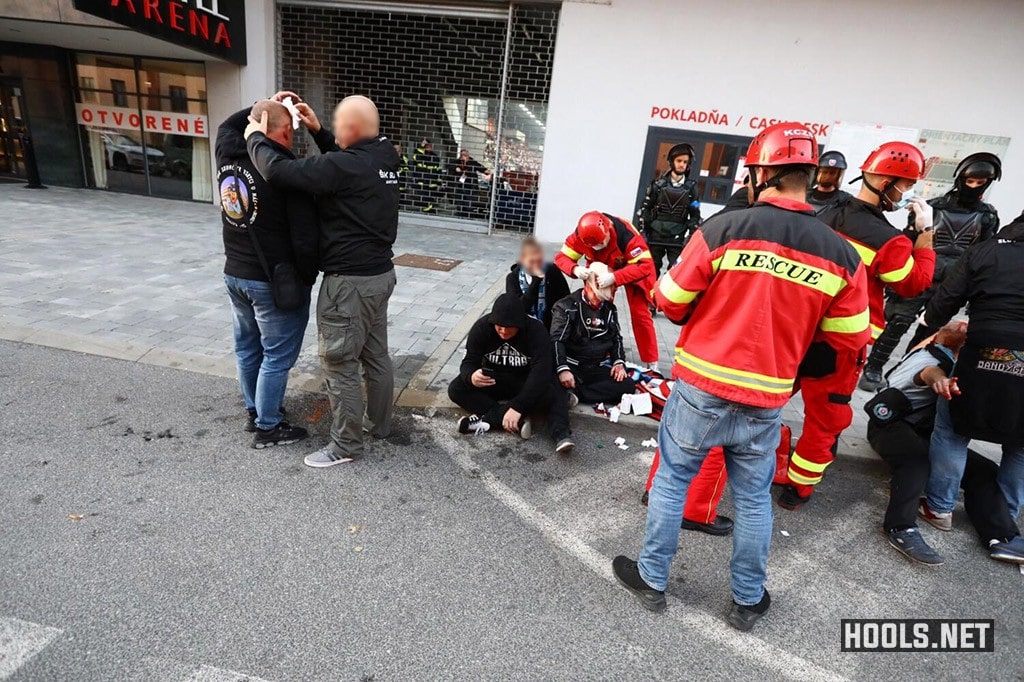