Iraklis hooligans clashed with riot police at the Kaftanzoglio Stadium during their Greek Super League match with PAS Giannina on Monday.

In the opening minutes of the first half, a group of around 50 Iraklis hooligans forced their way into the stadium without tickets, causing clashes to break out with riot police.

The hooligans threw various missiles at riot cops, who responded with stun grenades.

The match had to be halted for about seven minutes. 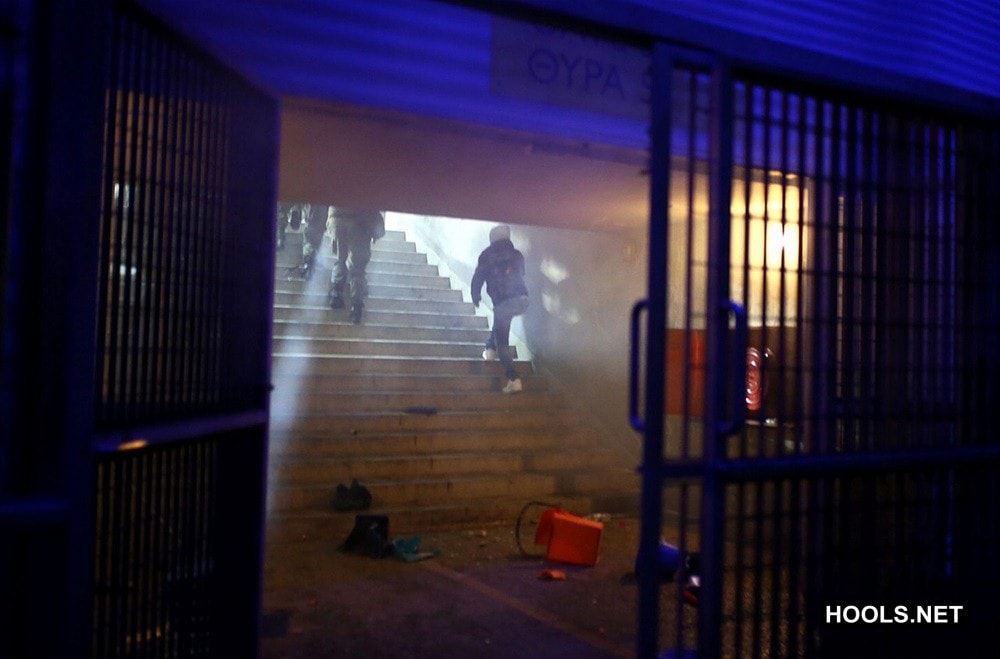 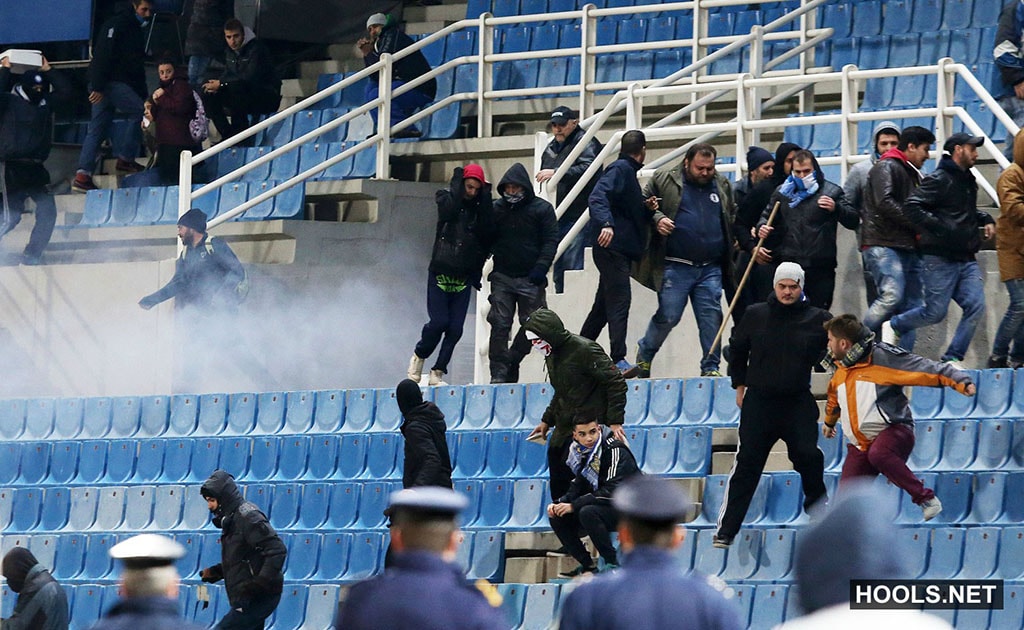 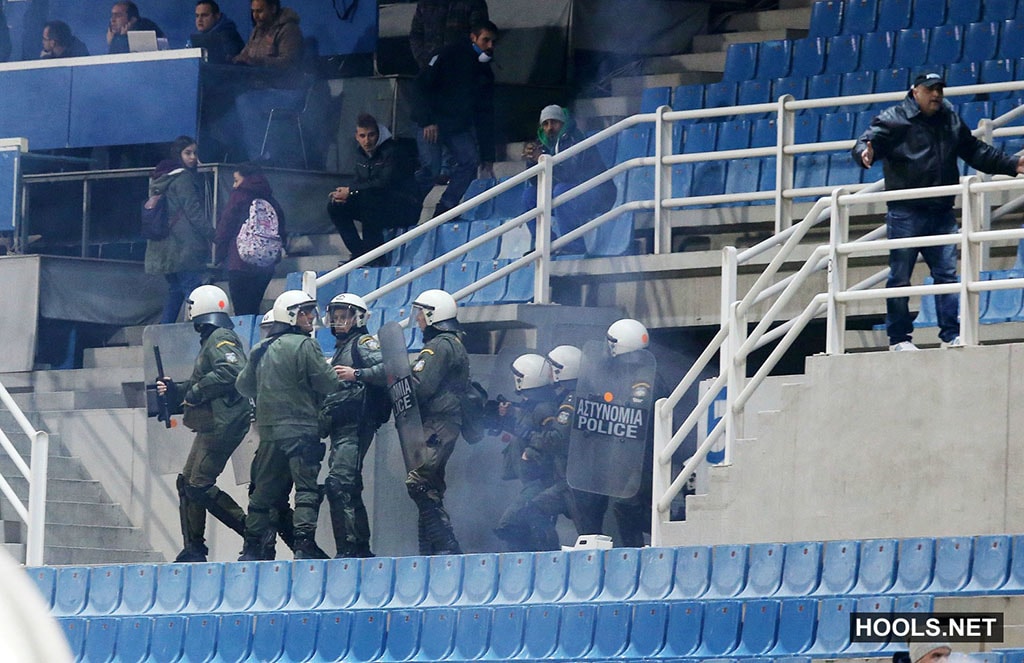 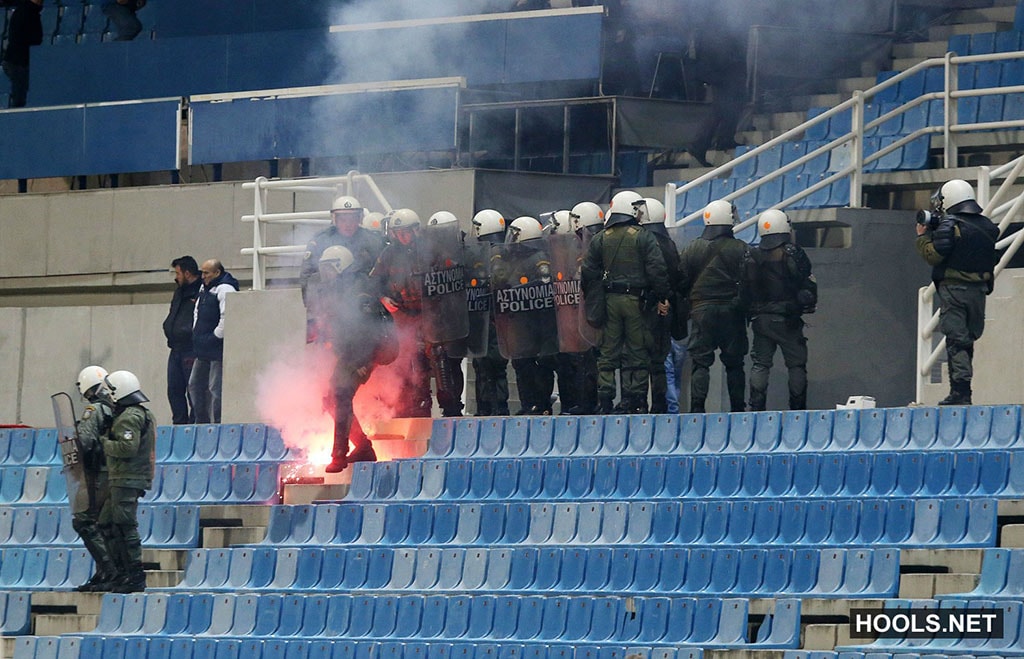 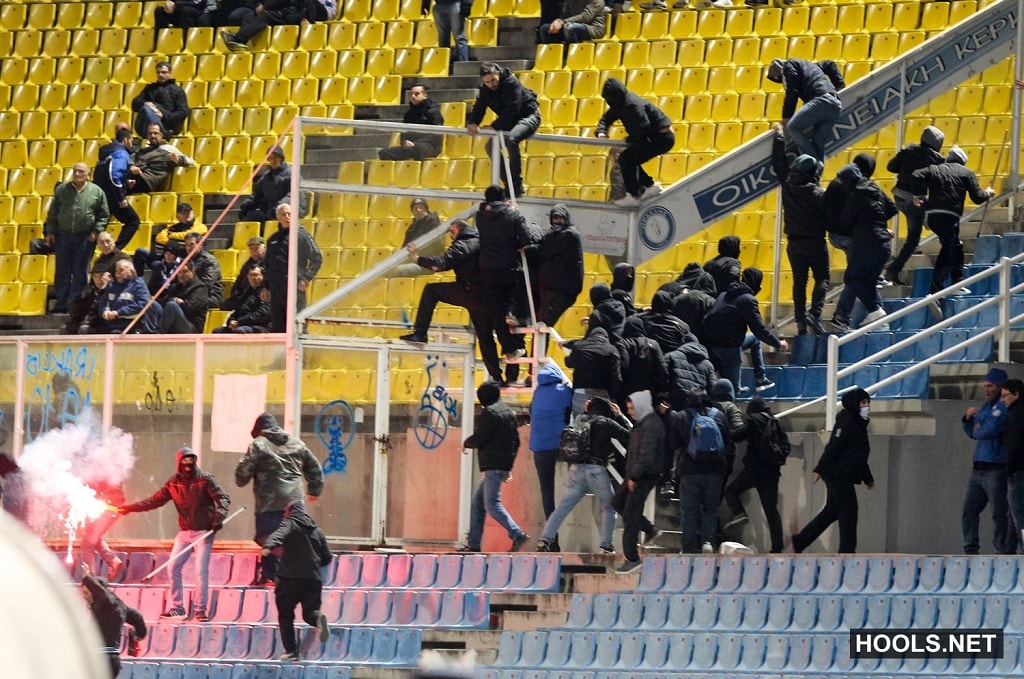 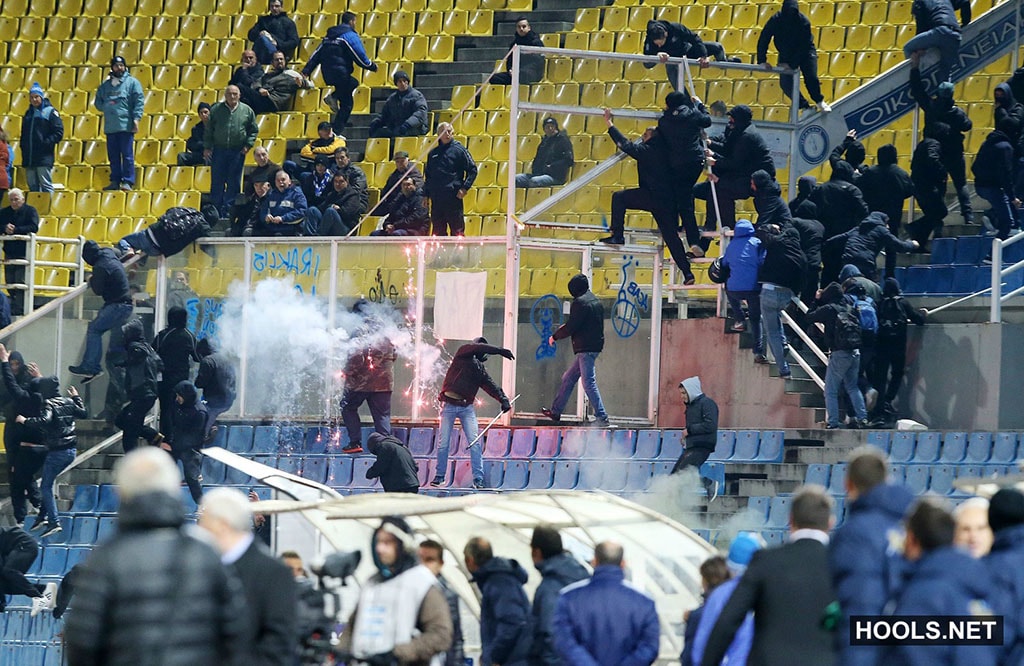 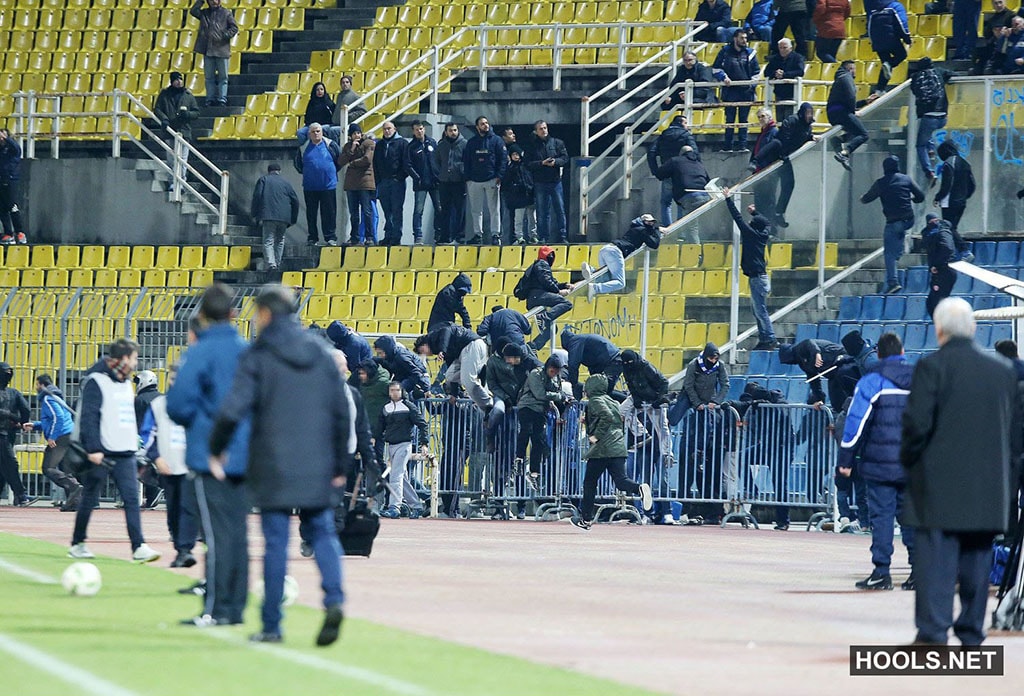 One journalist was hit in the head by a stone during the clashes. 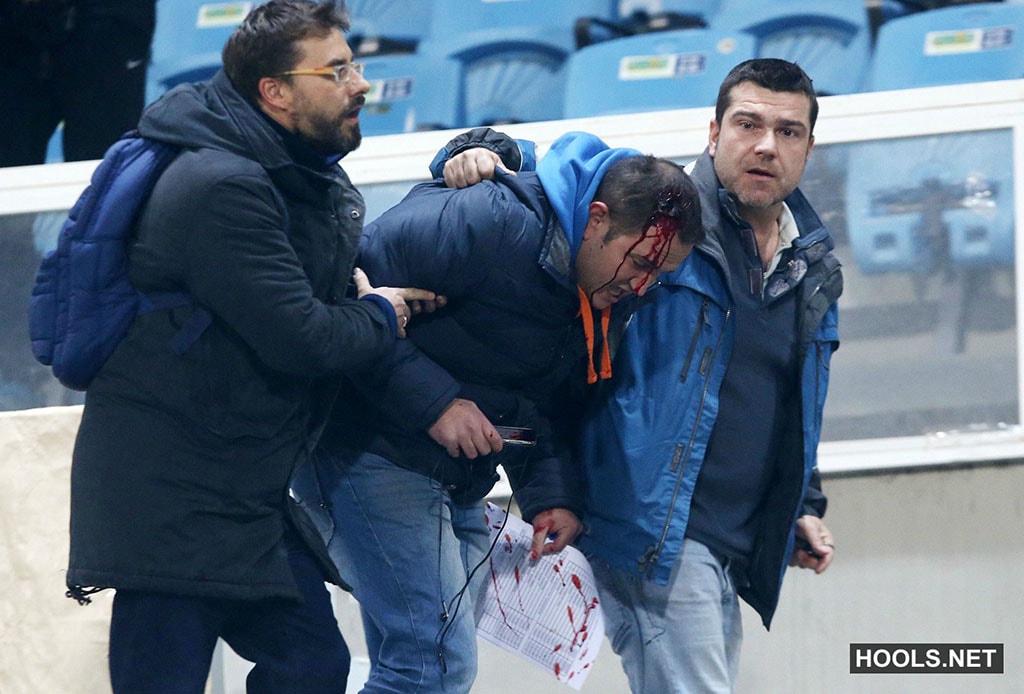 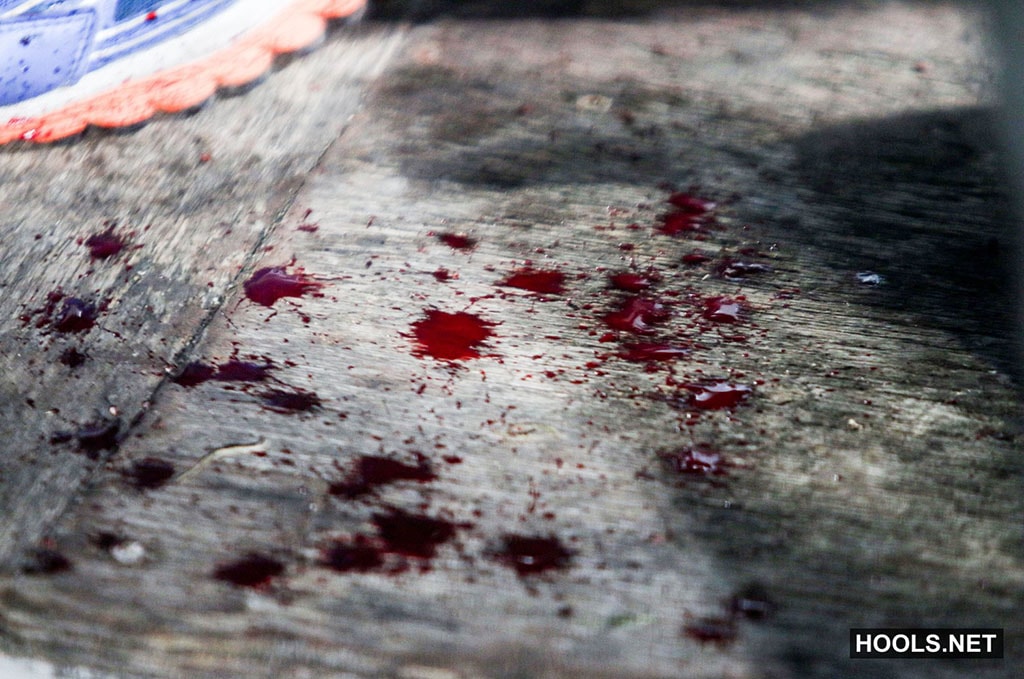 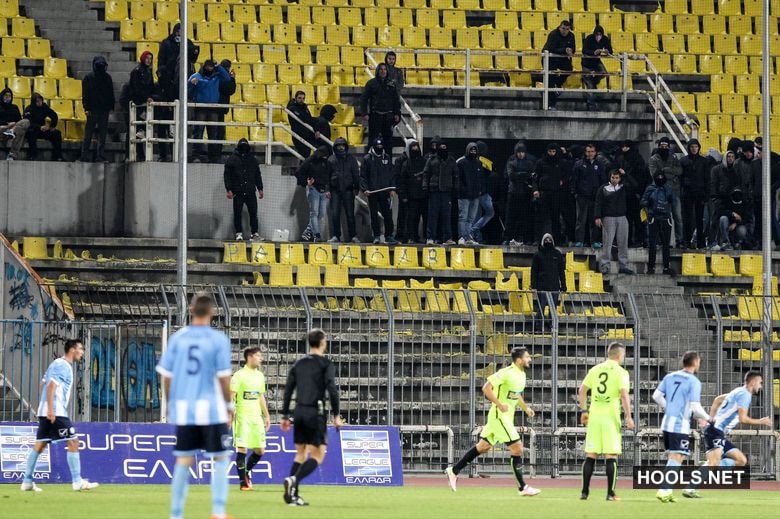 There were also clashes outside the ground. 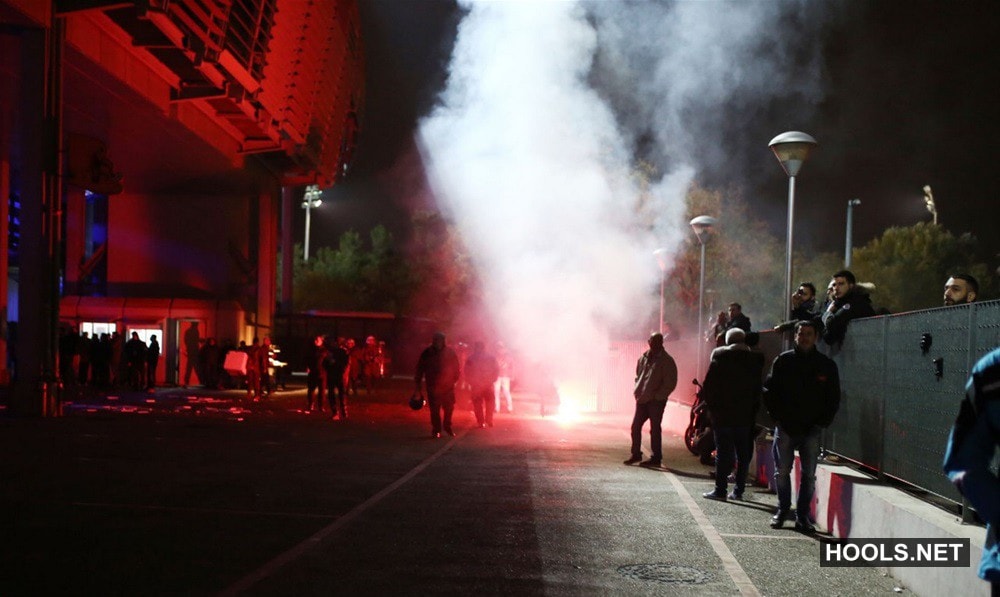 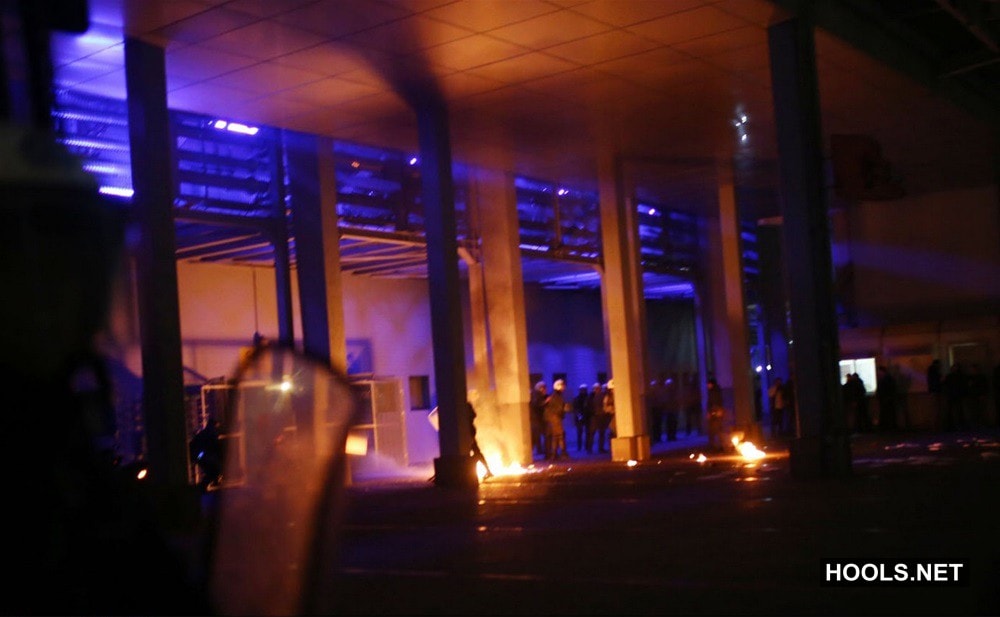 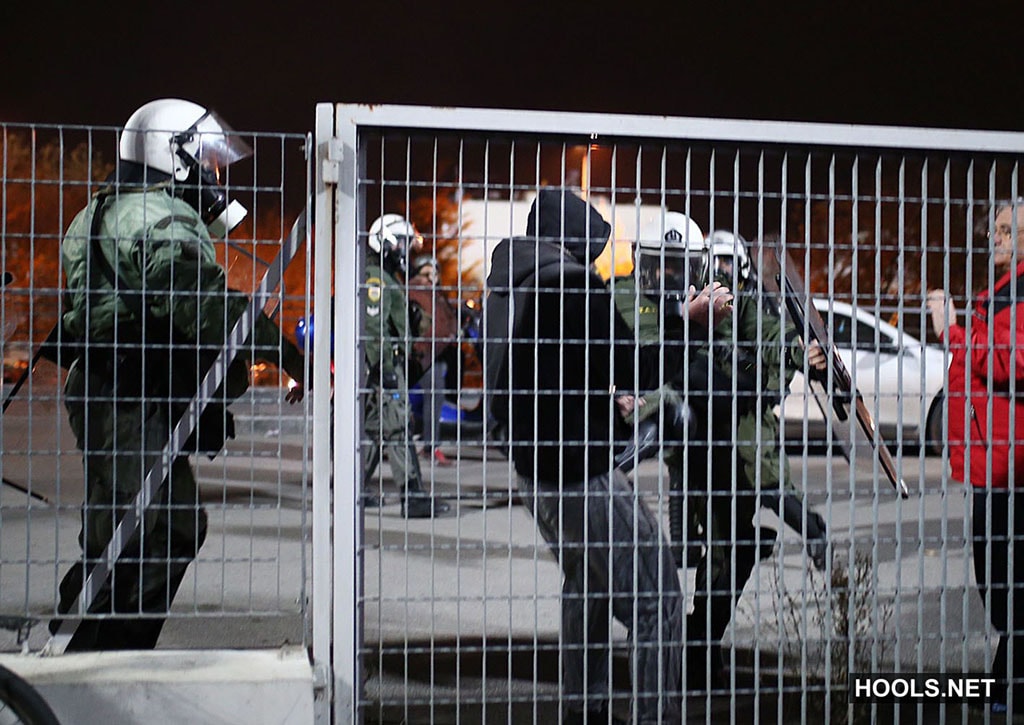 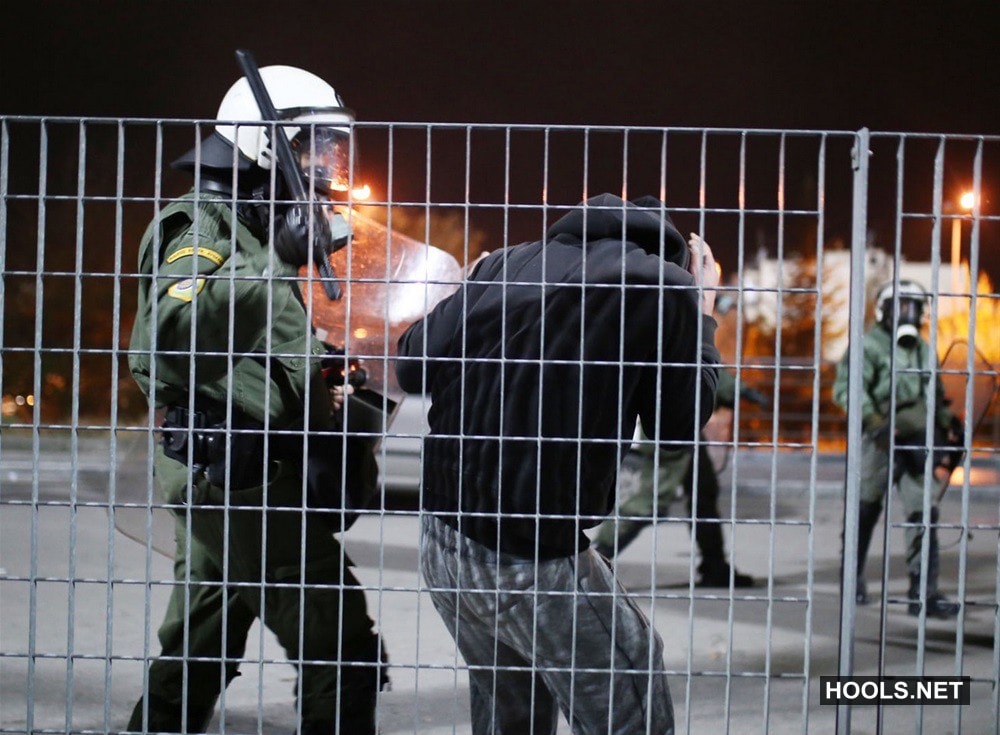