At around 10.30am, a large mob of Feyenoord fans gathered outside the team’s training ground to support the players during their last training session ahead of Sunday’s Eredivisie match against rivals Ajax. But things quickly turned violent when police tried to disperse them in relation to coronavirus restrictions.

Flares, stones and other missiles were thrown at cops and police vans.

Eight people were arrested, according to local media reports. 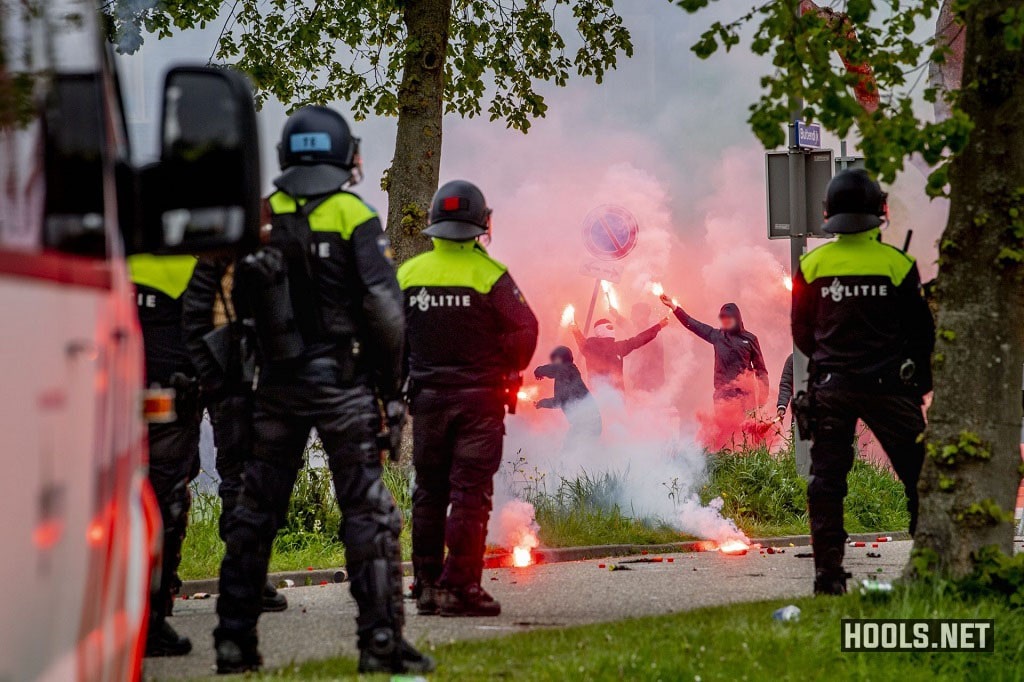 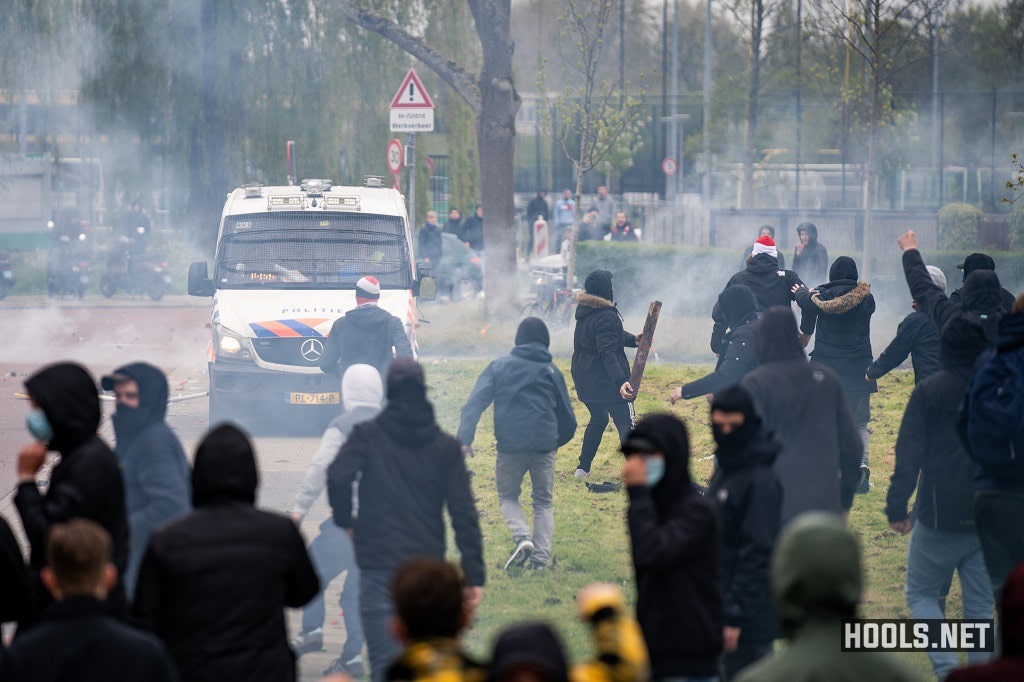 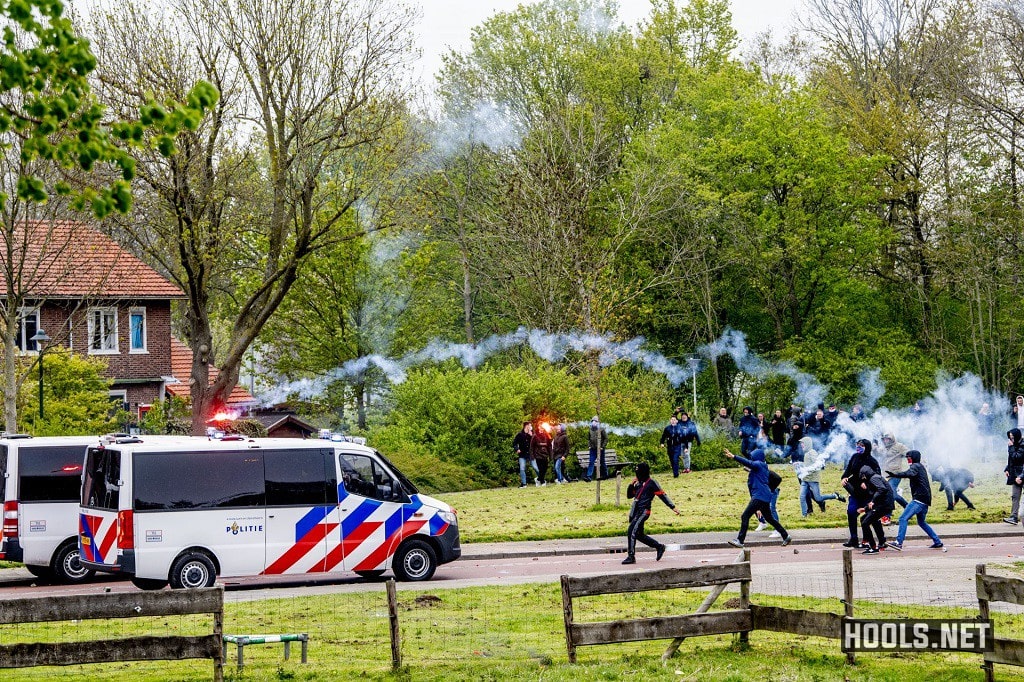 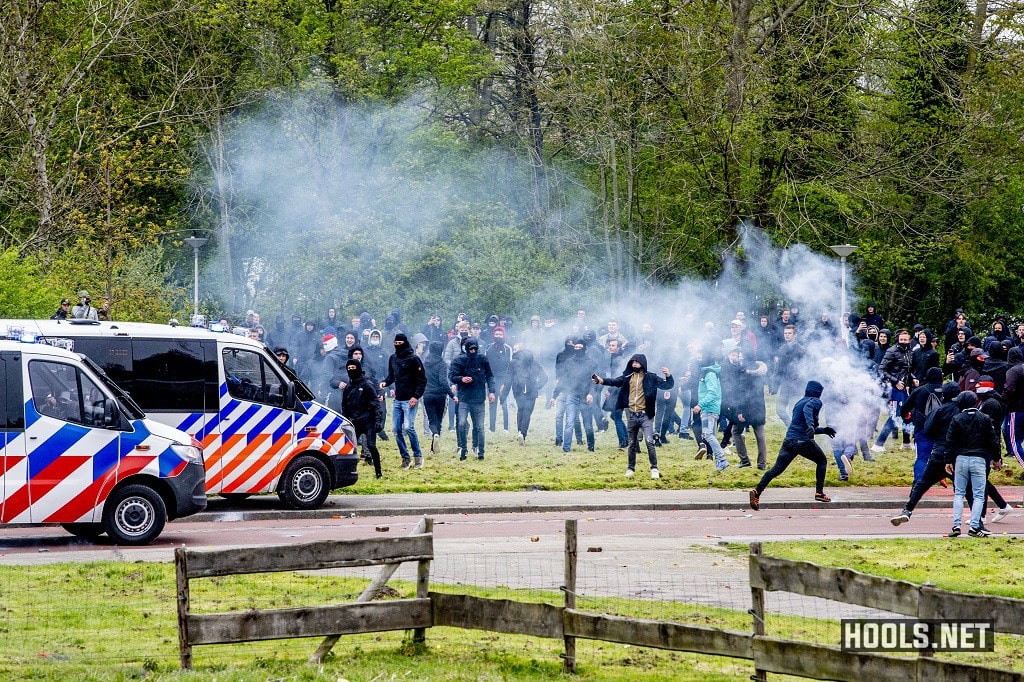 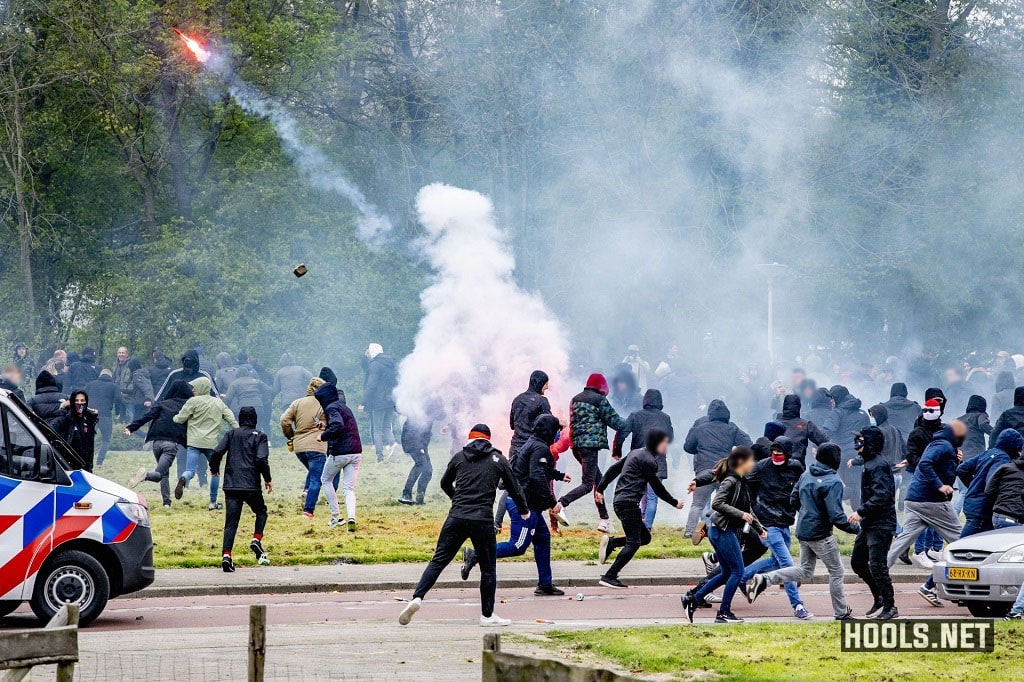 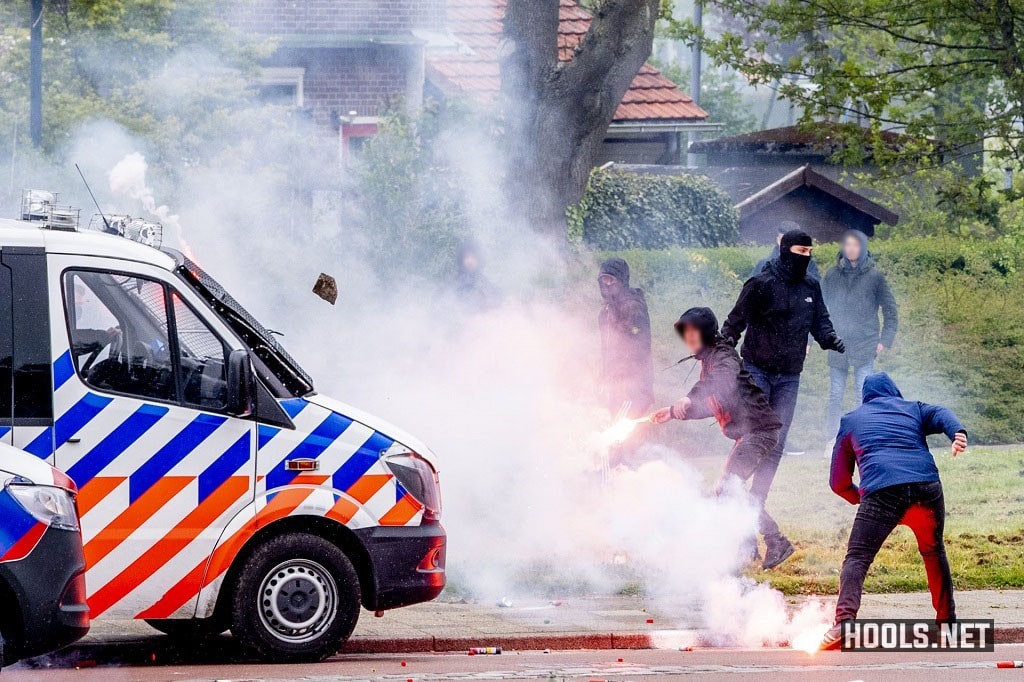 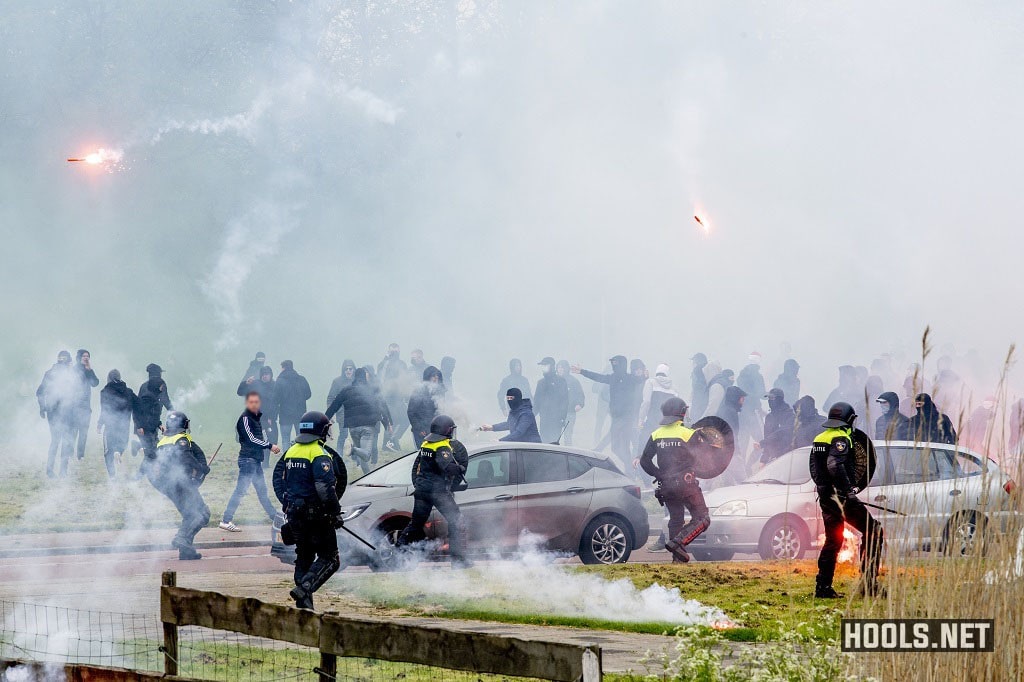 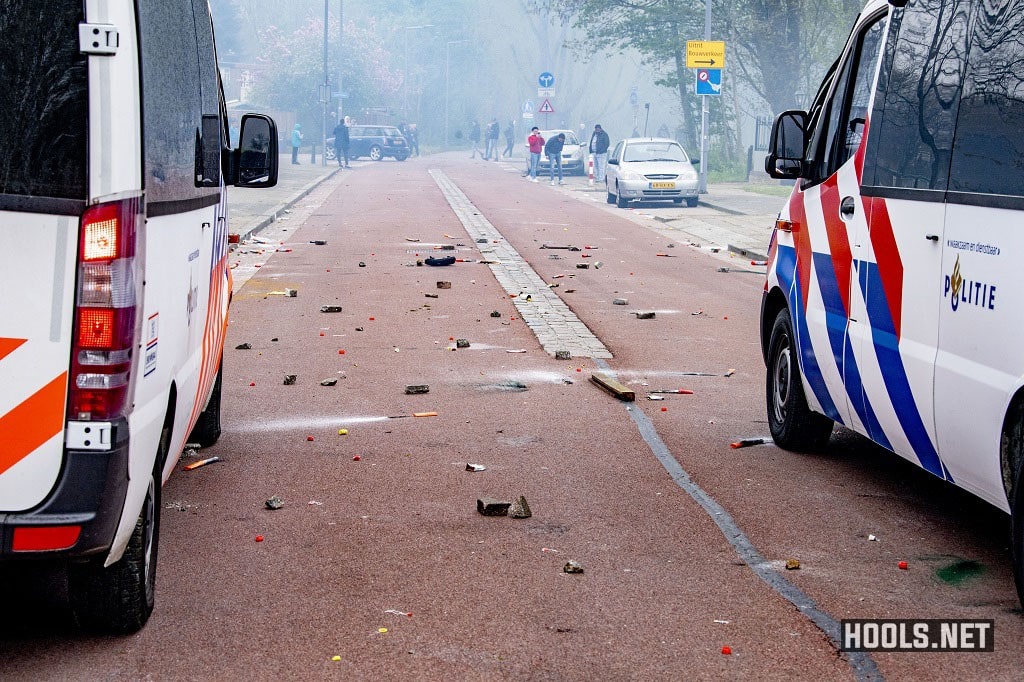 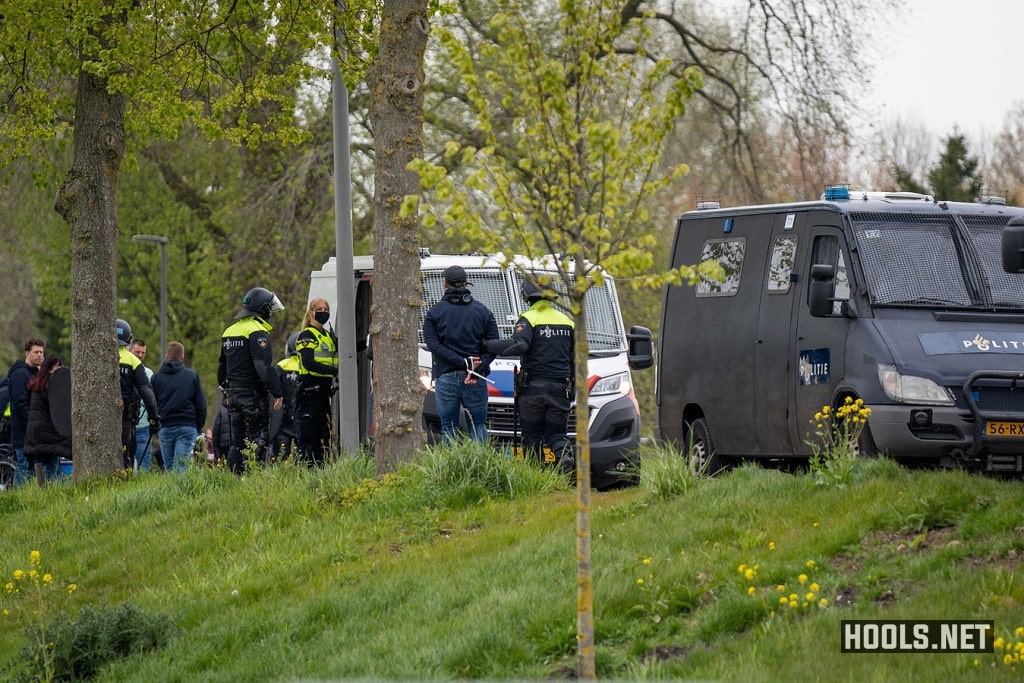